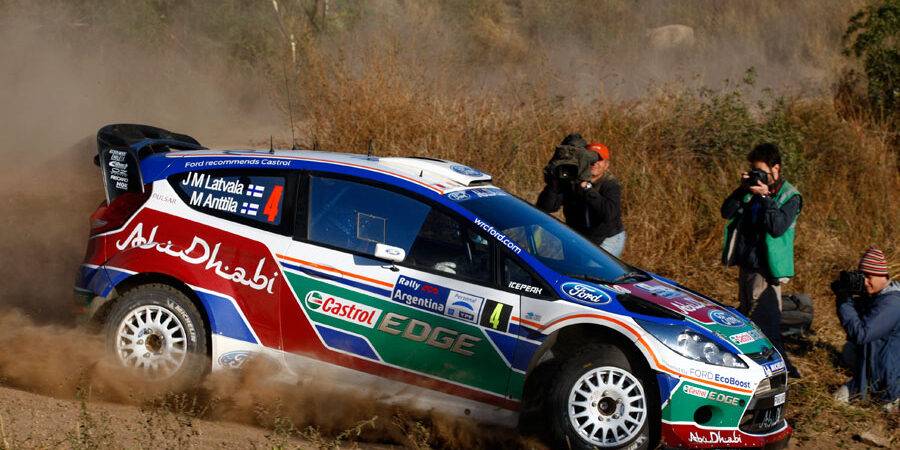 Although rules were published a while ago, FIA decided to give detailed description of most interesting changes in rules which will, hopefully, help WRC to get rid of some of the less appealing practices, such as road position tampering on gravel rallies.

In an effort to reduce costs for participating teams, FIA further limited the amount of tires available to each crew during the weekend. During 2012. each crew will be able to use total of 35 ties + 5 tires during shakedown as opposed to 48 + 6 tires during 2011 season.

Full FIA release after the jump.

no images were found

For the purpose of allocating points, the Power Stage classification shall be calculated using the stage time plus any other time penalty accrued on this stage, including any false start penalty. To score points, a driver must be classified in the Final Official Classification of the rally. In case of a tie the same rule as for a normal stage will apply. No points shall be awarded for the Power Stage if it is definitely stopped before all P1 and P2 drivers eligible to start the Power Stage have had the opportunity to complete the stage.

If permitted by the event Supplementary Regulations, a crew which has failed to complete a section may be assumed to re-start the rally from the start of the next section following the overnight regroup, unless they confirm otherwise with the clerk of the course. Restart after retirement will now be known as ‘Rally 2’.

Exceptionally, in the first Championship year of homologation, a new manufacturer may register as a WRC Team and score Manufacturers’ points on a maximum of seven nominated rallies.

P2 status relates to drivers of World Rally Cars who have won a support Championship in either of the two previous Championship years, or those proposed by an organiser to the FIA whose entry is supported by a letter from the driver’s ASN and whose results justify P2 status.

P3 drivers are those who are eligible to score points on Support Championship rallies, or drivers of Classes 2 or 3 proposed by an organiser to the FIA and whose entry is supported by a letter from the driver’s ASN and whose results justify P3 inclusion. As directed by the FIA, these drivers must then comply with the rules pertaining to the SWRC or PWRC.

The surfaces of an event may be mixed but must remain the same between two overnight 45’ services. Within a special stage these road surfaces must not be mixed, however for the use of limited sections of asphalt on gravel stages, a waiver may be sent to the FIA.

Throughout the rally, both crew members must have a valid driving licence.