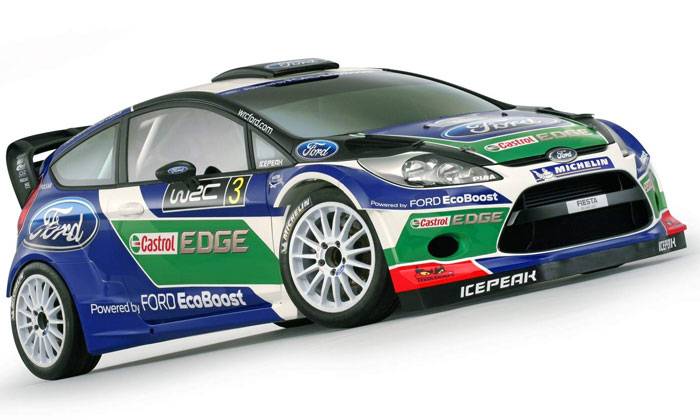 On Autosport Motorshow in Birmingham Ford World Rally Team revealed new livery ahead of first rally of this year’s campaign.

Ford’s charge this year will be led by Finnish talent Jari-Matti Latvala, who took over number 1 spot in Ford World Rally Team after his compatriot Mikko Hirvonen jumped ship and joined Citroën. Former World Champion Petter Solberg joined Ford after two seasons as privateer, and will help Latvala and Ford to try and retake both titles from firm Citroën’s and Sebastien Loeb’s grasp.