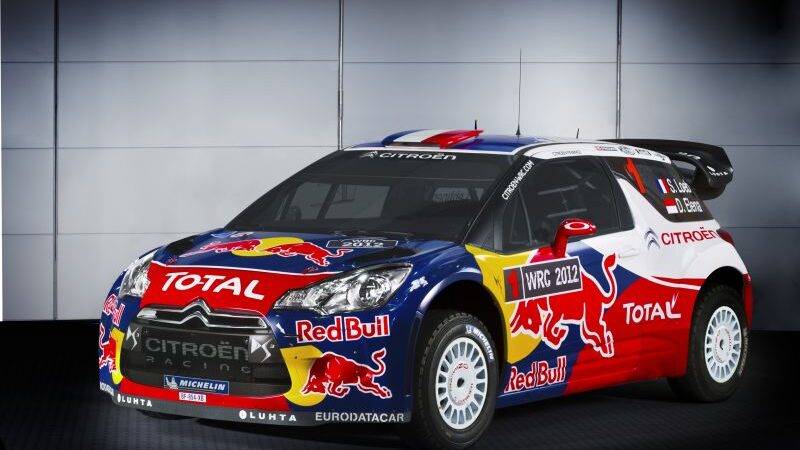 After a three-year absence, the Rallye Monte-Carlo makes a much-anticipated return to the FIA World Rally Championship as the opening event. Five-time winner in the Principality with Sébastien Loeb and Daniel Elena, Citroën Total World Rally Team is delighted to race again in the world’s most famous rally.

To kick off the 2012 season, the seven-time World Championship winning team has a new driver pairing in its second works DS3 WRC. Winners of the 2010 Rallye Monte-Carlo, Mikko Hirvonen and Jarmo Lehtinen begin a new journey with Citroën.

Barely two months after the 2011 season ended, the WRC gets underway again in the south of France. Starting in Valence (Drôme) on Wednesday, 18 January and arriving in Monaco on Sunday 22 January, the rally will take the competitors through the Ardèche, Haute-Loire, Vercors and Alpes-Maritimes regions. With a total of 430km of timed sections, the 18 special stages read like a list of rallying’s great monuments: Le Moulinon, Burzet, Saint-Bonnet-le-Froid, Saint-Jean-en-Royans and the famous Col du Turini, to mention just a few. Offering a real challenge for drivers, a headache for engineers and a delight for spectators, Monte Carlo is every inch the classic rally.

Five-time winners Sébastien Loeb and Daniel Elena are excited at the idea of racing in one of their favourite rallies again. Adept at handling the many grip changes that are typical of the particular challenge of the route, the Franco-Monegasque driver pairing will start as favourites. “And yet, it’s three years since I last competed in this rally”, played down Sébastien Loeb. “I don’t doubt my ability to be on the pace, since we haven’t really stopped since the end of last season. But this rally is so specific, you can never be sure of anything.”

A key feature of success at Monte-Carlo, tyre management can indeed muddy the waters. “With five types of tyre – three slicks, one snow tyre and one studded tyre – we’ll have a fairly wide range of options available to us. Even if we don’t get wintry conditions, just being able to choose between three types of slicks with varying compounds could create huge gaps,” summarised Sébastien Loeb.

Mikko Hirvonen and Jarmo Lehtinen make their competitive debut for Citroën in the no.2 works DS3 WRC. The Finnish driver pairing has made a habit of getting off to a good start. Winners in Sweden in the opening rally of the 2010 and 2011 WRC, they also won the 2010 Rallye Monte-Carlo in a Super 2000. “Although I really enjoyed racing in Sweden, I think it makes more sense to start the season here,” confirmed Citroën Total World Rally Team’s new driver. “That said, I’m a little apprehensive about Monte-Carlo. Starting a stage where there are icy patches on slick tyres is not something I am particularly looking forward to, but that’s part of what makes this rally special! My aim for this weekend will be to ‘survive’, or in other words, make it to the finish without incident and pick up as many points as possible in the championships.”

“Our goals for the season are simple, yet difficult: keep our two world titles. The Rallye Monte-Carlo is the perfect place to start the season and I am proud to be leading the current World Champion Team,” added Yves Matton, who was appointed Citroën Racing Team Principal on January 5th. “With ten wins in thirteen rallies, the Citroën DS3 WRC has already set the standard. And in Sébastien and Mikko, we have two drivers with complementary styles, both capable of winning rallies. I am fairly confident in our ability to make a positive start to the year!”