Mini would “love to replicate Monte feats of the 1960s” 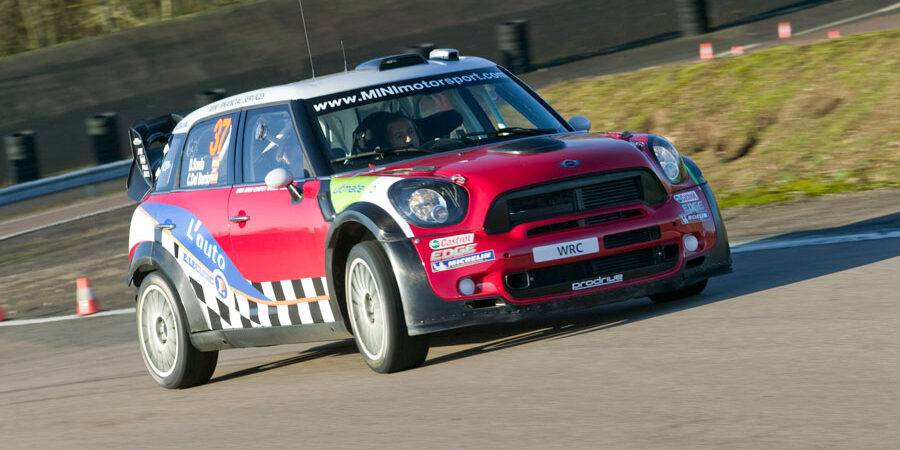 Rally fans will be able to celebrate a double return next week when the first round of the 2012 FIA World Rally Championship is held. Even though the MINI WRC Team will be taking part in the Monte Carlo Rally for the first time, this is an event that the Mini-Cooper ‘S’ won three times in the sixties, and the rally will be back in the WRC for the first time since 2008.

Flying the MINI flag will be Dani Sordo (ES) and Carlos del Barrio (ES) in the MINI John Cooper Works WRC number 37, and newcomers to the works team, Pierre Campana (FR) and Sabrina de Castelli (FR), in the number 52 sister car. Sordo, a veteran of 91 WRC starts, proved how quick he was last year by gaining two podiums for the team in Germany and France in its testing year. Campana made his WRC debut with a customer MINI in 2011 and in Rally France finished ninth overall. He is no stranger to the Monte Carlo Rally where he won the IRC 2WD Cup last year, and even co-drove on it in 2008. Pierre’s career has been supported by the French motorsport federation, the FFSA, who also gave its backing to Sébastien Loeb (FR) in his early career.

For 2012, David Richards passes the role of team principal to the team’s technical director, Dave Wilcock. Wilcock will combine the two roles and will be supported by team manager, Campbell Roy. Richards will continue to oversee the MINI WRC Team and will attend many of the events in 2012, mentoring Wilcock in the new role. “It was always my intention to take a step back in the team’s second season and pass the responsibility over to Dave,” said David Richards, chairman of Prodrive. “During the last year he has proved he has all the right skills to lead the team and I have no doubt the MINI WRC Team will continue to go from strength to strength under his leadership.”

Both drivers have been in France this week testing ahead of the event. Campana was driving on Monday and Sordo on Tuesday. They then moved locations to where they would be guaranteed snow and the drivers completed half a day each.

Dave Wilcock, Team Principal:
“It would be incredible to go to the Monte Carlo Rally for the first time in more than 40 years and replicate the feats of the original Mini Coopers in the 1960s. However we have to be realistic about this event, where tyre choice on some part snow covered stages can be a lottery.  Still, much of the route is new for everyone and we have proved in 2011 just how competitive the MINI John Cooper Works WRC is.  I know Dani is eager to get back behind the wheel, while Pierre is keen to impress his local fans.”

Dani Sordo (MINI John Cooper Works WRC No 37):
“This is a rally I like very much as the stages are really nice. I can’t remember exactly how many times I have done it, but it could be three times. We have been testing and that has gone very well, so I am happy with the car. The most important thing is to do tyre testing and we have been able to do this with Michelin, so I know we have some very good tyres. The issue will be the conditions as at the moment it is dry with very little snow. However, this can change very quickly.”

Pierre Campana (MINI John Cooper Works WRC No 52):
“I am thrilled to have been selected by MINI to join its squad for Monte Carlo following our achievements last year. It is a rally I know well and enjoy. I won the 2WD class last year, so I am pleased to bring my experience and to showcase my abilities on such a competitive event. I have enjoyed my time driving the MINI John Cooper Works WRC car in WRC and French championship events in 2011 with Drive-Pro and together with the French Federation support, and I am honoured to be able to continue my association with this tremendous manufacturer into 2012 with this Monte Carlo participation.”

Dirk Hollweg, Head of MINI Motosport:
“After what, from a sporting point of view, was a very successful 2011 season for us with our MINI John Cooper Works WRC in the World Rally Championship, we are now looking forward to the start of the 2012 season at the Monte Carlo Rally. We have a big tradition at this event, which has been the scene of some fantastic successes for us. The new season starts here with Dani Sordo and Pierre Campana in the MINI WRC Team, as well as with our MINI privateers, and we are hoping to score more positive results for the MINI Motorsport family.”

History and Background:
No true rally fan will ever forget the Monte Carlo Rally exploits of the Minis in the sixties with wins for Paddy Hopkirk (GB) in 1964, Timo Mäkinen (FI) in 1965 and Rauno Aaltonen (FI) in 1967. The brand even returned last year to take part in the Historic Monte Carlo Rally with Aaltonen (FI) at the wheel. However, it is now the MINI John Cooper Works WRC that will herald the first works car from the marque in this iconic event since 1968.

The 80th Monte Carlo Rally is back in the FIA World Rally Championship after an absence of three years. This year’s event is considerably longer than the majority in the WRC as it run over five days. It also has different locations for its start and finish. The start is in the town of Valence in the Drôme region, which is in south eastern France, 105 kilometres south of Lyon on the left bank of the river Rhône. Meanwhile, as would be expected, the finish is in the principality of Monaco.

There will be a ceremonial start at the Champs de Mars in Valence at 18.00 on Tuesday, 17th January, but the first stages will not be until the next day. On Wednesday the first car will leave Valence at 08.00 and then return there for service and an overnight halt at 17.52. During the day there will be a lunch time service in Valence and the cars will compete on four stages, covering 134.70 kilometres of competition in an overall route of 471.82 kilometres.

On the 19th January the first car will leave Parc Fermé at 07.55 for another six stages over 131.76 competitive kilometres on a route that is 441.96 kilometres long. Again there will be a service back in Valence halfway through the day.

Day three starts in Valence with the first car out of Parc Fermé at 08.44. The competitors return for a service at lunch time, but this is the last time the rally goes back to Valence before it heads to Monaco, where the first car is due that evening at 19.59. There are just three stages which total 77.30 kilometres, but the total mileage is 545.72 kilometres.

The Monaco start on day four is late as the first car is not due out of Parc Fermé until13.15. The cars return for service at 17.53 and then the end of the day’s competition sees the first car into final service for the day at 21.32. In terms of total distance the crews travel 272.50 kilometres and the four stages are a total of 84.44 kilometres.

The final and fifth leg is very short with just one stage over 5.16 kilometres in a total distance of 48.47 kilometres. The first car leaves the Monaco Parc Fermé at 09.05, the stage – the Power Stage at Ste Agnes – Col de la Madone – starts at 10.11, and the first car is due back into Parc Fermé at Quai Antoine 1er for the finish at 11.17. In total there will be 433.36 kilometres over stages in a total distance of 1,780.47 kilometres. There will be a Prize Giving at 15.00 at Place de Palais Princier and then, in true Monegasque style, there will be a Gala Dinner at the Sporting Club at 20.30.