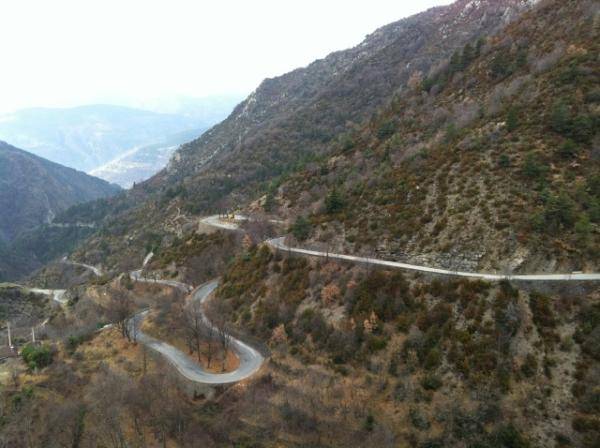 World Rally Radio’s presenter and famous “voice of rally”, Colin Clark, is already on site of 80th Rallye Monte Carlo. Among many spectacular places and stages that make up Monte’s itinerary, Col de Turini takes the special spot.
High mountain pass is usually packed with fans and party starts long before first cars reach the stage. Stage is also known for it’s mixed surface conditions, with snow usually present on the Col de Turini itself while the rest of the stage is either dry, damp or icy tarmac.

However, as Colin reports, for now there is no snow in any of the stages but scenery and roads look as spectacular as ever!

We’re sure Colin will keep posting photos and bits of news from the Monte battlefield, so make sure to follow him on Twitter.