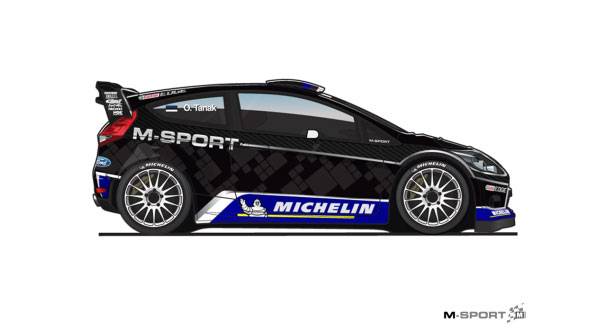 With just over a two month break since the 2011 season finale in Wales last year, the World Rally Championship (WRC) is back to entertain us for another season. Old friends and new join the series for 2012 as, following a three year absence, the legendary Monte Carlo Rally is restored to its natural place in the Championship; an inspiring backdrop for the all new M-Sport Ford World Rally Team’s debut from 17th to 22nd January.

Replacing the M-Sport Stobart Ford World Rally Team as the WRC’s leading privateer, the M-Sport Ford World Rally Team will be hoping to emulate the successes of its predecessor’s final season and get its own 2012 campaign off to a flying start. The Stobart team recorded its best ever season since its creation in 2006 last year with three podium finishes – two second places for Mads Østberg and a third place finish for Henning Solberg – and with some of rallying’s most promising young talents under the M-Sport banner, the team will be hoping for future podiums of their own.

A real challenge for all drivers, Monte Carlo is sure to provide excitement. With five days of competition covering more than 433km, this year’s curtain-raiser is one of the longest rallies in recent history. Teamed with its unpredictable weather conditions and the importance of strategy and tyre choice, M-Sport’s new line-up will be looking to capitalise with a strong haul of points.

Leading the M-Sport squad through all 13 rounds of the 2012 season is the 2011
S-WRC runner-up, Ott Tänak. Tänak claimed no fewer than three victories alongside regular co-driver, Kuldar Sikk, in last year’s official support series (S-WRC) with the Championship fight coming down to the wire at the final round in Spain. The young Estonian also put his skills to the test behind the wheel of a Ford Fiesta RS WRC at the 2011 Wales Rally GB. Finishing in an impressive 6th place despite early problems, Tänak proved his ability and earned himself a full WRC drive in the process.

Joining Tänak as a nominated points scorer for the M-Sport Ford World Rally Team in the first two rounds is Russia’s Evgeny Novikov. In his second season with the Ford Fiesta RS WRC, Novikov and co-driver, Frenchman Denis Giraudet, will be looking to build upon their experience gained in 2011 to showcase the Russian’s obvious speed with some strong finishes in 2012.

Also bringing his vast talent and experience to the team as a guest driver is the 1994 Monte Carlo winner François Delecour. Delecour and co-driver Dominique Savignoni spent Friday testing their Ford Fiesta RS WRC on the roads around Monaco and will be looking for a strong result on a rally where experience and strategy can prove key.

Ott Tänak said:
“This is our first time here at Monte. For sure it is a difficult rally so the most important thing for us will be to get the mileage and make it to the end. It’s the first round of the season and we can fight harder in later [more familiar] events. We did a little testing on Friday and the car is feeling really good so we’ll see how it goes. Anything can happen. From what I’ve seen, the roads here are really nice and if it stays dry we could be in a good position to push.”

Evgeny Novikov said:
“This is my first time in Monte and we haven’t had the chance to do any testing in the lead up to the event so I think this will be a very difficult rally for us. Hopefully we can show some good pace and make it to the end but it’s very difficult to predict. We’ll go there and do our best.”

François Delecour said:
“I am so excited to be back behind the wheel of a WRC car. It’s been ten years since I last drove one. I have to say that the car is feeling fantastic. We did some testing with the [Ford] Fiesta [RS WRC] earlier in the week and it’s a real joy to drive.

“Monte has to be one of the most difficult rallies on the calendar. You never know where the grip is and stages can differ hugely from one to another. As a driver you have to be clever and consider everything; you have to be on the limit, but you can’t go flat. Maybe you will have the wrong tyre choice for one stage, but it will be perfect for another. That’s the great thing about Monte and to win here is very special!

“I cannot wait for the competition to start. There’s a great spirit here and so many spectators on the stages – even during practice. It’s unbelievable.”