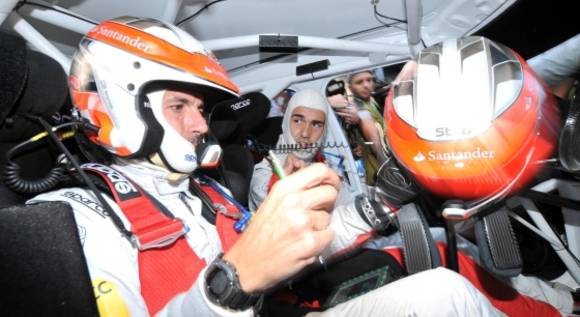 The “Monte”, as the legendary Rally Monte Carlo is known amongst competitors and fans alike, is back. After a three-year WRC gap the classic rally, this year celebrating its 80th  anniversary, makes its return to the World Rally Championship. The history of the Monte is inextricably linked with MINI.

No true rally fan could ever forget the successes scored by the classic Mini Cooper S on the Rally Monte Carlo in the sixties, when the “three musketeers” and a tiny high performance car took the rally world by storm: Paddy Hopkirk won the 1964 event, with Timo Mäkinen being triumphant in 1965, followed by Rauno Aaltonen’s 1967 success.

Last year the Monte Carlo Historique saw the return of the MINI brand to this historic scene, with Aaltonen doing driving honours. However, the participation of the MINI John Cooper Works WRC in this year’s WRC round marks the first official entry on this legendary event by the works since 1968.

Dani Sordo and Carlos del Barrio will take the start in the MINI John Cooper Works WRC bearing car number 37. With 91 starts Dani counts amongst the most experienced drivers in the Rally Monte Carlo field. Last season he scored two podiums – a third place in Germany, followed by second in France – to emphatically prove his class. His performances played a major role in enabling the MINI WRC Team to exceed its expectations test and learning season.

“This is a rally I like very much as the stages are really nice. We have been testing and that has gone very well, so I am happy with the car,” says Dani. “The most important thing is to do tyre testing – which we completed very successfully, so we know we are well prepared.”

Car number 52 sees Pierre Campana and Sabrina de Castelli start their maiden rally for the MINI WRC Team. In 2011 Pierre made his WRC debut in a private MINI, finishing ninth on Rally France. The Rally Monte Carlo is not, though, virgin territory for him: In 2011 he won the IRC 2WD Cup here, having contested the 2008 event as co-driver.

Pierre, too, is thoroughly looking forward to the Monte: “I am thrilled to have been selected by MINI to join its squad for Monte Carlo after our achievements of last year. It is a rally I know well and enjoy, so I am pleased to bring my experience and showcase my abilities on such a competitive event. I enjoyed my time driving the MINI John Cooper Works WRC car in WRC and French championship events in 2011. I am honoured to continue my association with this tremendous manufacturer into 2012, particularly with this Monte Carlo participation.”

The shakedown has already gone well for the MINI WRC Team. After this test run both Dani and Pierre were very satisfied with the setup of their MINI WRC cars. Between Wednesday and Sunday the crews face 18 special stages totalling 433,36 competitive kilometres. The final – and Sunday’s only – run is the Power Stage, a 5,16 kilometre sprint which sees the three fastest drivers awarded bonus points. The prize giving at Monaco’s Place de Palais Princier follows immediately thereafter. The overall distance of the season’s first rally totals 1780,47 kilometres.

The first special stage kicks off on Wednesday morning at 9.03 am local when the team will head off for “Le Moulinon – Antraiques 1” which is 36.87 kilometres in length. Just like last season you can find live updates on how the MINI WRC Team fares at the Rally Monte Carlo on Twitter and the homepage of the MINI Motorsport website.

Apart from the MINI WRC Team two private drivers will also enter the event in a MINI WRC. Armindo Araujo from Portugal will have his debut with his own team, the “Armindo Araujo World Rally Team”. In 2011, Araujo was behind the wheel in six WRC event for Motorsport Italia. Also driving a MINI WRC is Paulo Nobre from Brazil with “Palmeirinha Rally”. Nobre did one WRC test