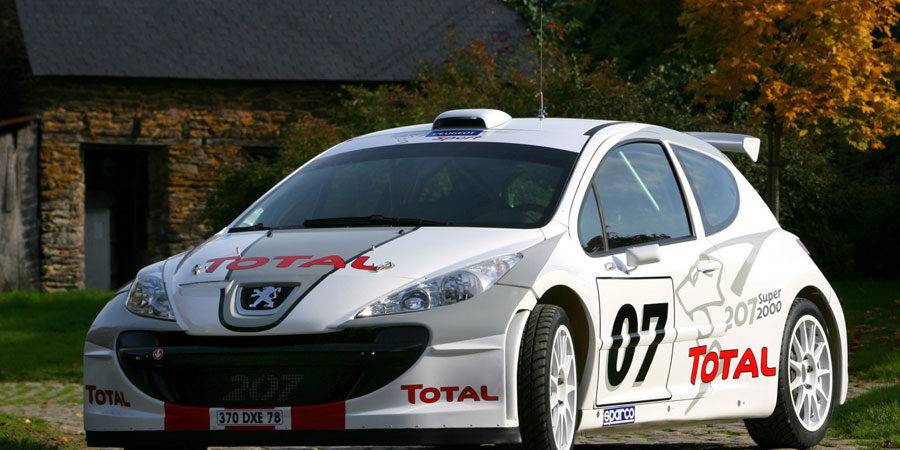 Peugeot 207 Super 2000 proves to be successful both on track and in sales statistics. While race cars are rarely being linked to sales figures, Peugeot’s recent milestone proves that demand still exists, despite global recession and scarcity of investments in motorsports. Together with sister company Citroën and Ford, Peugeot is major supplier of customer rally cars to privateers in all levels of rally competitions. If Mini finds way out of it’s current troubles, it may also become one of key players in this highly specialized market. At the same time, success of Peugeot’s 207 Super 2000 might encourage arrival of new manufacturers in future. And that, by any measure, would be very welcome!

Best seller
The sale of the 100th 207 S2000 makes it the best-selling rally car
to have been designed and developed by Peugeot Sport, ahead of
such icons as the 205 T16.

The 100th car is the property of the French team Sainteloc and is
poised to make its competitive debut in a few days’ time, on the
Rallye Monte Carlo.

The 207 Super 2000 has been exported to a long list of countries,
from Europe to the Middle East, and even as far afield as South
Africa.

An eloquent competition record
The Peugeot 207 Super 2000, which was designed and developed
by Peugeot Sport under the leadership of Bertrand Vallat, has
claimed a high number of titles and individual rally wins, on all
types of surface and across a comprehensive spectrum of
conditions. It has secured crowns in the Intercontinental Rally
Challenge and in several national championships, and has also won
such prestigious events as the Sanremo and the Tour de Corse, as
well as last year’s Rallye Monte-Carlo!

There is every probability that this impressive record will continue
to grow thanks to the latest evolutions that Peugeot Sport has
made available to its customers for the 2012 season.

Frédéric BERTRAND (Manager of Peugeot Sport’s Customer
Competition Department): “It is rare for a single model to notch up
such a successful record. This year will be the car’s sixth season and
it still packs the potential to win rallies. We will closely follow and
advise our customers, especially since many of them are targeting
title success in a variety of championships in 2012.”