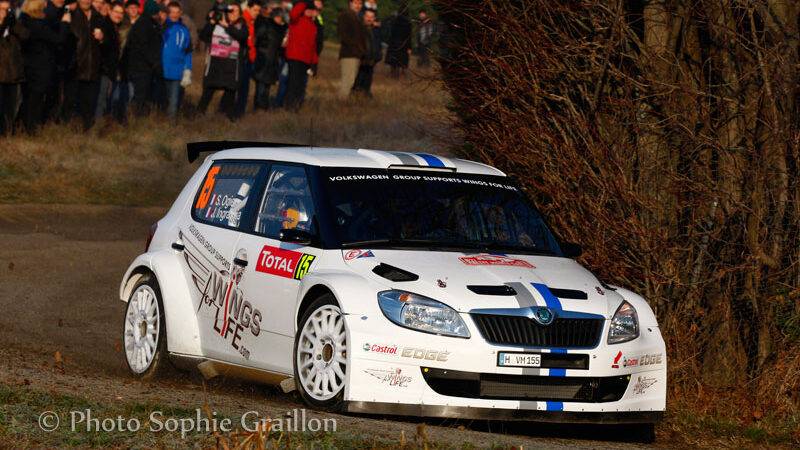 Like many other drivers and teams, Ogier published set of images, covering today’s stages. Even though gallery contains only several images, they’re still fine examples of sports photography and show “Wings For Life” themed Fabia at full speed. Allez Seb!