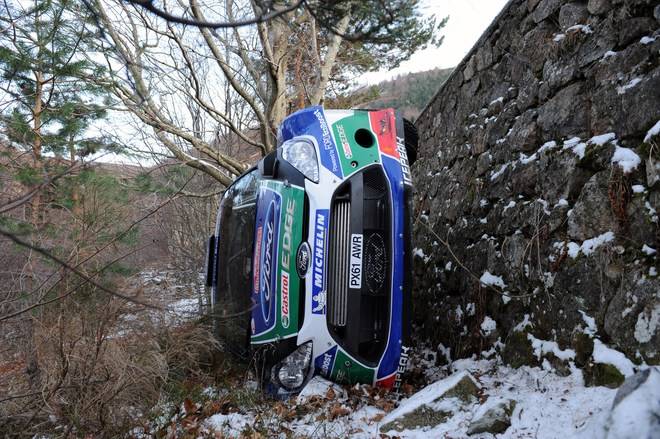 Long, long time ago rally was not your usual compact event with stages and legs situated near main base and with crews allowed to restart in case they were forced into retirement due to crash or mechanical failure. Back then rally itineraries were stretched beyond anything we have these days and once you went off and handed your time card to organizers it was game over. But which of those two radically different systems is better?

First of all, one must keep in mind current state of global economy before comparing “now” and “then”. With only handfull of major car manufacturers involved in World Rally Championship, modern day rallying can hardly be compared with championship run few  decades ago. Of course, we cannot blame economy alone for the troubles looming over World Rally Championship in last (more than a) few years. Inconsistencies within FIA and lack or proper vision of future development led to WRC being sidelined and barely represented in world media, compared to other widely popular sports.

Problems described above are quite possibly closely related to one of the modern rally’s most controversial innovations – superally restarts, or Rally 2 restarts if you like. Introduction of this system enabled crews to restart events after incurring time penalties, and while this inevitably positioned them low in the standings, more often than not crews were able to crawl back and even score points. It was good for the drivers, who got their time behind the wheel, but more importantly it was good for teams and their sponsors. But was it good for the sport?

Rallying was, or at least should have been all about combination of speed, consistency and reliability. You cannot win it on first stage, but you can most certainly lose it in first corner. Ideally, rally crews should strive to find right balance and apply speed and risks only when needed, but again knowing they will not get second chance if they mess up. Quite simple concept, but not as simple to implement in today’s world. Today, sponsors want their time in media and on stages, teams want their cars out in order to keep manufacturer happy and drivers want to drive to satisfy their own sponsors, and it’s that circle of money that led to WRC reshaping itself in today’s forgiving format of split times being fed into cars on stages and superally restarts for those with lack of concentration, skill, technical reliability or even luck to some extent.

One can debate over this for many hours, but just using some simple comparisons to other top sports it should be possible to draw conclusions on how superally restarts in their current format are still not the best possible solution. Take for example top class of skiing – competitor crashes out in first slalom run and should be able to restart in second run with time penalties? Yes, not really fair to compare those two sports, but still line must exist and if you cross it – you’re out. Jari-Matti Latvala experienced it in Monte Carlo, so did Sebastien Ogier. Five day event and you make a mistake on first day – tough! Others made it through, you need to man up and pull your act together for next rally or if you’re just not able to reach finish consistently then you’re not a top class WRC driver, fast or not.

Possible solution to superally problem? One idea for events with extended itineraries might be to allow superally restarts only to crews that retired on second, third or fourth leg, but not on first one?

We can only hope superally debate continues and ends up with a solution that will keep paying parties happy and rally keep at least part of it’s “endurance vs. speed” image.