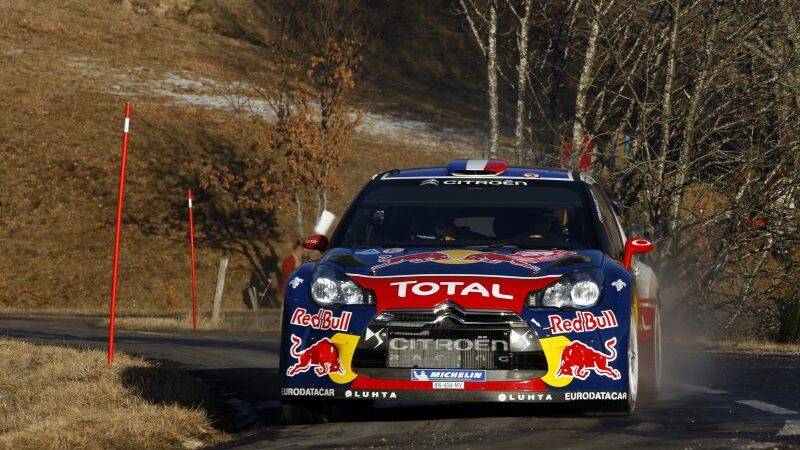 With five fastest times in six stages, Sébastien Loeb and Daniel Elena increased their lead throughout the second day of the Rallye Monte-Carlo. The eight-time World Champions have now pulled over 1m30s clear of their closest challengers.

The day turned out well for both Citroën Total World Rally Team driver pairings, as Mikko Hirvonen and Jarmo Lehtinen moved up from 6th to 4th position overall.

Day two of Rallye Monte-Carlo continued the tour of the event’s legendary special stages. Winding through some of the most beautiful roads in the Ardèche and Haute-Loire departments, the Labatie d’Andaure – Lalouvesc, St-Bonnet-le-Froid and Lamastre – Alboussière SS form a loop that the competitors completed twice in the course of the day. Tyre choice proved to be a little bit less tricky than yesterday, as there were only a few patches of ice on the roads. The DS3 WRCs both put on Michelin supersoft tyres and took two soft tyres as spares.

Right from the word go, Sébastien Loeb and Daniel Elena were on the pace, setting the fastest time on the day’s first stage. In the next one, the DS3 WRCs secured their first stage one-two of the season, Loeb finishing just ahead of Mikko Hirvonen. Once again the quickest on SS7, Sébastien Loeb rounded off his morning with a clean sweep: “Today was a lot easier than yesterday, particularly as the ice had more or less melted by the time we went through. I pushed because I like these conditions and I reckon that you have to pick up time when you can. Having said that, I think I didn’t make the best decision tyre-wise by keeping all four supersoft tyres for the Lamastre – Alboussière stage.”

Unlike Seb, Mikko Hirvonen had chosen to combine soft and supersoft tyres for the sixth stage, but he wasn’t any happier: “The road was wetter than I thought and so it wasn’t the best option. Otherwise, the morning went very well since I took 4th place, moving ahead of Novikov and Ogier. I am therefore in a good position to score some important points for Citroën and I am ready to grab a place on the podium if I get a chance. I am not totally satisfied, however, because I think I’m still lacking pace when the road surface is changeable. I also have to adapt my driving style. The DS3 WRC requires a very gentle driving style and I am still too aggressive.”

Apart from SS8, where he was a mere two tenths of a second off the pace, Sébastien Loeb continued his superb solo effort in the afternoon. He ended the day with a lead of 1m37.2s over Dani Sordo, who was still fighting it out with Petter Solberg for second. “The day was fairly easy to manage, but I still had to keep the car on the road,” commented Sébastien Loeb after arriving back in Valence. “We managed to increase our lead considerably and that means we’ll be a bit more relaxed when we start tomorrow’s stages. It seems there’s a chance of snow!”

“It wasn’t as easy a day as you might think,” concluded Yves Matton, Citroën Racing Team Principal. “Seb has undoubtedly built up a lead, but it isn’t all that comfortable if you take into account the differences in times that we might have depending on what the weather is like. For Mikko, Monte-Carlo isn’t the ideal rally to make your competitive debut in a new car. We are pleased with his performances when the conditions are consistent. When he doesn’t feel comfortable, he is experienced enough to drop a few seconds rather than jeopardize our main objective, which is still to ensure both cars are strongly placed at the finish.”