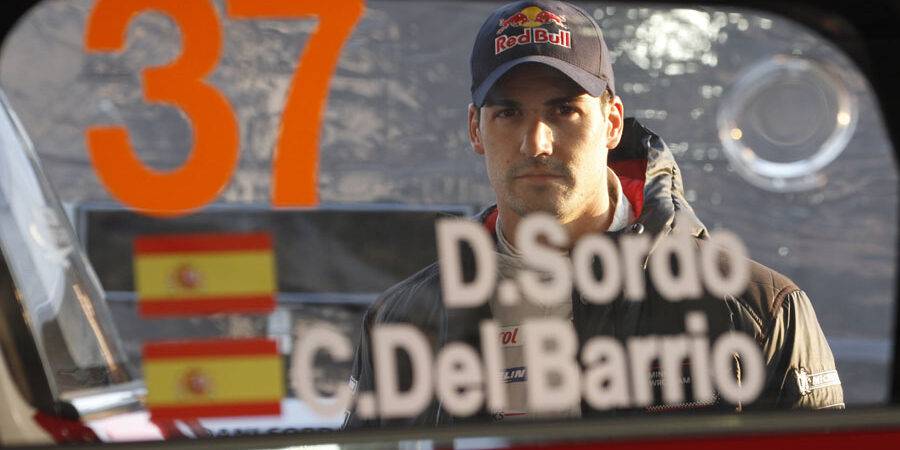 Day three of the Monte Carlo Rally was always going to be a challenge for all the competitors with the running of the most difficult stage of the event, the 24.13 kilometre SS12 at Cimetière de Vassieux – Col de Gaudissart , so the MINI WRC Team was delighted when its drivers arrived in Monte Carlo for the overnight halt with Dani Sordo (ES) and Carlos del Barrio (ES) lying second and Pierre Campana (FR) and Sabrina de Castelli (FR) seventh.

On this classic stage, the middle one of the three that accounted for a total of 77.30 competitive kilometres, not only did Sordo retake second from Petter Solberg (NO), after the Norwegian had moved ahead of him on the first stage of the day, but Campana set the third fastest time behind Mikko Hirvonen (FI) and Sébastien Loeb (FR). Campana in his MINI John Cooper Works WRC started the day in seventh, dropped behind Ott Tanak  (EE) after stage 11, but was back in front of him at the lunch time service halt.

However, tyre choice was an important factor, with the crews leaving Valence at the start of the day with many different combinations. The Michelins chosen by Sordo were all winter tyres with no studs, while Campana took studs on the right, super soft on the left and studs in the boot. The Frenchman changed to all studs after SS11 in readiness for the atrocious conditions on SS12, which included driving rain and five kilometres of ice. Luckily for them all the final stage was run in good conditions with the surface from damp to dry and the average temperature five degrees Celsius.

Dave Wilcock, Team Principal:
“It has been a very good day. It was a difficult choice this morning with lots of information coming in, everything from rain, to fog, to ice, to snow, to wet snow – you name it we had just about every combination. Based on this our tyre decision was a safe one, but by the time we left service we realised all three manufacturers were on different tyre strategies.  Clearly for Petter the super softs were the right ones for the first stage, but then we were waiting to see how the second stage unfolded. At the end of the day our safe option worked as Petter dropped over a minute to Dani on stage 12. What we have seen with Pierre is he is a little bit less confident on the ice and snow, so for him we chose to run four studs to give him confidence in those wet and slippery conditions. It paid off, as it was the right tyre for stage 12, although he sacrificed time on the first stage. However, it rewarded him with third on stage 12 and that is fantastic for him.”

Dani Sordo (MINI John Cooper Works WRC No 37):
“I am happy with how it has gone today. In the first two stages the car felt good and I am happy now with the choice we took as we took a lot of time off Petter. In the first stage it was good as I had the right slick tyres. In the second, even though the studs would have been better, I know overall we took the right choice. We still need to stay focused as anything can happen on this rally. If the conditions are okay for the rest of the rally, it will be okay, but if it starts raining or snowing we have to be careful as in this rally it is very easy to make a mistake.”

Pierre Campana (MINI John Cooper Works WRC No 52):
“This morning in the first stage I was careful to manage the tyres. In the second stage my tyres were in good condition. The stage was very tricky because at the start it was raining and then at the end it was covered in ice. However, all in all this was a very good day for me and I am enjoying the rally more and more.”