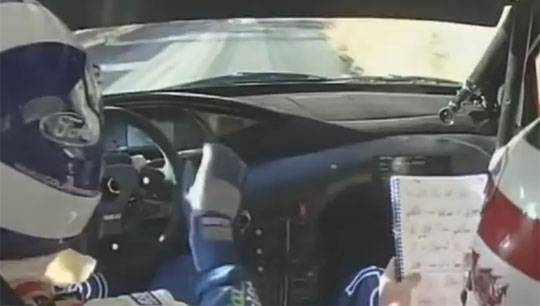 Rallye Monte Carlo is undoubtedly one of the most iconic events in World Rally Championship calendar, and today WRC crews will finally return to mythic mountain pass Col de Turini. Although it is usually associated with snow and mixed conditions on stage (often helped by enthusiastic fans and their shoveling skills), Col de Turini presents itself in more friendly light today with sunny weather and mostly dry track.

Two stages are on the menu today; Moulinet – La Bollene Vesubie and Lantosque – Luceram. We can take a look at some of the roads and conditions crews will be facing today in this great video of Colin McRae and Nicky Grist in their Ford Focus WRC. Stage was ran between Sospel and La Bollene as part of 2002 Rallye Monte Carlo.