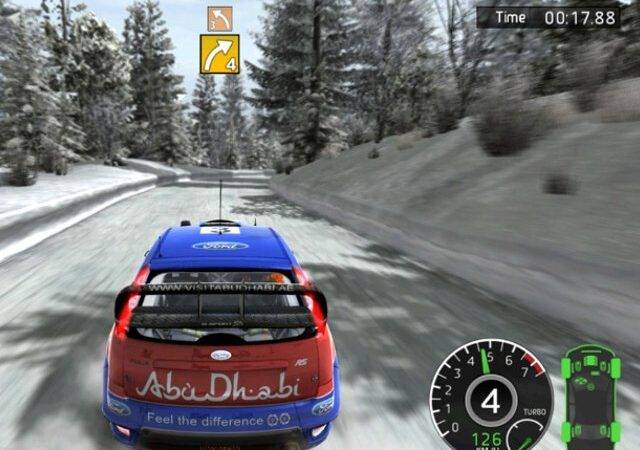 Unlike it’s counterpart in Formula 1, Codemasters’ F1 series, World Rally Championship’s representation in gaming world is blatantly poor, even though there are two official WRC games available on market, covering 2010 and 2011 seasons. In this case, sticking “Official video game” tag did very little favors to World Rally Championship and it’s image. In fact, WRC The Game and WRC 2 The Game are bad attempts at presenting rallying most elite category to wider audiences.

With recent turmoil and collapse of former WRC promoter North One Sport, it is currently unclear how will that affect development and release of possible third edition of WRC’s gaming series. According to many WRC fans comments, cancellation of current WRC games might be the only good thing coming from North One Sport debacle.

Join us after the break as we try to compare WRC The game with it’s direct competition.

Richard Burns Rally, for experts only

Diehard fans of rally simulation games are pretty picky bunch. With only handful of modern day gaming titles currently available on market, rally gamers are forced into big compromises. In case of games seeking to emulate rally as realistically as possible, gamers are left with just one possible solution – Richard Burns Rally (RBR), released in 2004. No other rally-related game released since came close to RBR in terms of realism and difficulty, as well as ability to fine tune just about every little nut and bolt of your virtual racer. But RBR’s difficulty was actually game’s main enemy, combined with the fact that original developers Warthog were sold to Gizmondo, which then went bankrupt. Richard Burns Rally therefore never got any content updates or sequels. Instead RBR relies on it’s fans and community to provide third party expansions and upgrades, enabling online tournaments, new cars and tracks.

As good and challenging as RBR was, it didn’t appeal to everyone. With pretty steep learning curve and challenging tracks it required time to master, and if you really wanted to excel in RBR, steering wheel and pedals were a must as well. It didn’t offer too much to gamers seeking more casual layout. RBR ended up with pretty limited market success and it took time for game to reach cult status. Richard Burns Rally is hard and demanding, but also very rewarding as RBR community really shows their appreciation for good driving. Still, RBR was developed with limited budget and originally features few cars and no “real” WRC tracks or rallies.

Codemasters’ Dirt, good but not perfect

Gamers looking for more relaxed approach to virtual rallying are in a much better situation. Codemasters’ famous Colin McRae Rally series (also known by it’s modern day name Dirt) provides everything casual rally sim fan wants: huge amount of cars and tracks, appealing graphics, easy to understand car tuning and forgiving physics. When played in most difficult setup, Dirt is still quite friendly and tolerant. It is fun, looks and sounds great, games are frequently updated and all in all players looking for rally kind of fun can enjoy Dirt’s many qualities.

However, Dirt is still not official WRC game, it does not feature all WRC tracks, teams or drivers, and it’s arcade-like character will not satisfy fans looking for successor to Richard Burns Rally.

When WRC officially announced release of first WRC The Game in 2010 rally gamers were ecstatic. Developer Milestone and publisher Black Bean Games promises were sweet and for a while it looked like fans would finally be able to satisfy their hunger for high quality (and budget) title which would offer both hard-core and arcade modes, with all official WRC cars, tracks, drivers and rules.

“But they were, all of them, deceived!”

How do you even begin to describe a game which basically features no support at all. Instead of being treated like fans of the WRC, buyers of official WRC games are treated like victims or a robbery – they pay for the game and that’s more or less only interaction they ever get from developers and publishers. No community forums, no support pages, no help files, nothing, zero. Only way for fans to seek help (and not get it) is through game’s official Facebook profile. We’re not quite sure how this lack of any kind of support is even legal, but apparently this is what World Rally Championship, it’s promoter and in the end FIA thought appropriate for the fans of rally. And this is only tip of the iceberg.

Game itself offers solid amount of cars and tracks, as well as playing modes, but while ideas look good on paper, they’re quite poorly executed in reality. Cars handling is a wild ride, co-driver’s pacenotes reading sounds like it came from some arcade games we used to play in 1980s and pacenotes themselves are just plain bad, calling out irrelevant details, such as “trees outside” when trees are 20 meters away from track and yet missing on important stuff, like declaring hairpin turn after we take flat jump in 6th gear and hairpin is 50 meters away. In real life, this would end with a murder of a co-driver.

And while it’s quite easy to replicate Formula 1 track and all it’s details, rally developers have a bit tougher task. Still, this does not explain why WRC games tracks look so outdated, plain and they offer little of the atmosphere of real tracks. Tarmac rallies are basically highways, gravel ones are a bit better done, but there is still little of that feeling you get from playing 8 years old RBR game and it’s gravel stages.

Peripherals are poorly supported and as said before, you simply cannot get support of any kind. So you’re left with Facebook and Google to try and find a solution to your problem. For example, why widely supported wheel such as Logitech DFP uses only 180 degrees of rotation instead of full 900!

Downloadable content are rare, there were no strict release dates, information was scarce and fans were left to their own devices in quest to find bits of relevant info. This alone would be enough to declare this game a lemon and give it 1/10 ranking, but luckily game fails on other fronts as well, so it’s easier to discard it! Which is a real shame, because it’s quite certain developers had to put fair amount of hours in creating existing cars, tracks and game modes, but poor finishing touches and this painful lack of any kind of support are destroying this game’s potential good sides.

Should WRC The Game be allowed to survive?

In it’s current format and with current level of support (what support?) – no! Developers made very little effort in improving game between it’s two releases, so there’s little point in supporting them by paying for their products. They don’t seem to care about their customers and buyers, which is direct insult to all WRC fans and World Rally Championship itself. Yet, with very little rally-related competition WRC The Game will to some extent satisfy fans, but we would definitely suggest either getting Richard Burns Rally (together will community developed extensions) or Dirt 3 or even both instead of speding a single cent on WRC The Game. As good and promising as it might have been, it simply isn’t worth any money because you will get half finished product and no support in return.

Hopefully, World Rally Championship’s time will come and WRC fans will get the kind of game WRC deserves. In one of future articles we’ll discuss about what would make a perfect rally simulation.