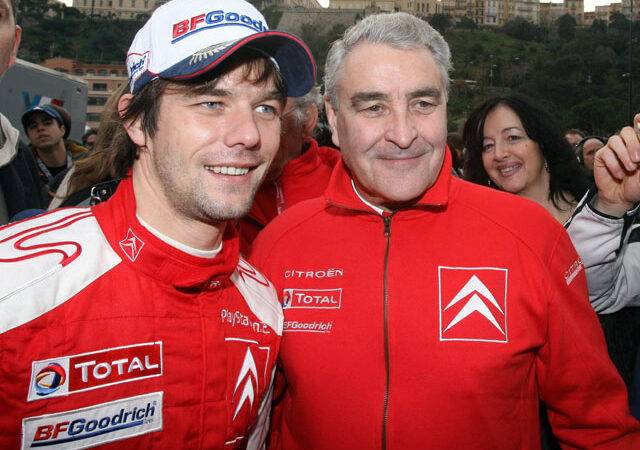 Former Citroën Sport boss Guy “Grizzly” Frequelin might not be actively involved in running of French squad anymore, but he is still very much part of World Rally Championship decor. True to his character, Frequelin is not afraid to express opinions. French magazine Dernieres Nouvelles d’Alsace published a story about decade of Sebastien Loeb’s successes in WRC, and Frequelin was picked to comment on eight-time champion’s first steps in rallying most elite category.

Article features some interesting insights by champion himself, and his thoughts about what it takes to remain on top for so long. Loeb argues that his “driving reflexes and reactions are intact” but had he decided to pursue the career of a gymnast he would not be able to be on top at this age.

One of the highlights of DNA’s article is Frequelin’s comment regarding former Citroën driver, Loeb’s namesake and to some extent bitter rival Ogier. Frequelin is not impressed by Ogier’s DNF records.

“I don’t know what to think about him [Ogier]. He was out in nine out of seventeen rallies. Must be some lead or screw loose in his brain…”, Frequelin reckons.

Hit the link for DNA’s article and use Google translator if French is not your language of choice.