Rally Sweden – It’s time to play in the snow! – memories of group B 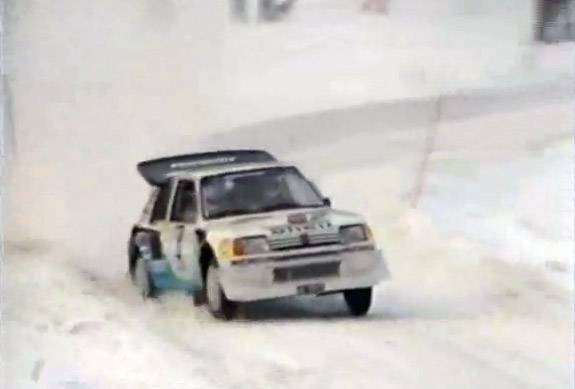 Second event in World Rally Championship season takes us to far north to Sweden and is currently the only snow rally. That is if winter remains true to it’s reputation and fresh shipments of snow are regularly delivered to stages around Karlstadt. As well as being the only snow rally in calendar, Rally Sweden is also one of the classics and victory in Nordic forests remains prestigious achievement. Driving on snow is often described as being close to driving on gravel, but only the selected few had a chance to storm down the narrow and blindingly fast stages in rally cars with famous narrow studded snow tires.

World Rally Championship competitors and their teams are preparing for Rally Sweden, which starts on 9th and ends on 12th of February. In the meantime we will look back at Rally Sweden’s rich history and see how this event looked like few decades ago.

If we say video features legendary machines such as Lancia Delta S4 and Peugeot 205 T16 as well as unforgettable drivers Timo Salonen, Henri Toivonen, Kalle Grundel, will you be tempted to click on the MORE link?