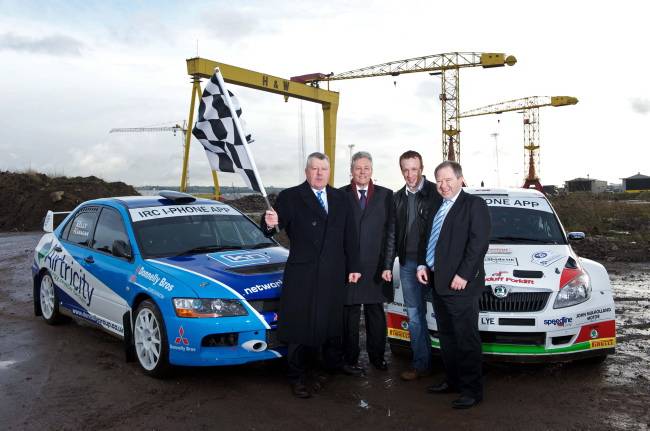 Kris Meeke’s WRC season started with a bang, but not the kind one would expect – instead of running a full World Rally Championship campaign alongisde Mini teammate Dani Sordo, Meeke found himself ousted from the lineup in order to make way for paying drivers.

Despite the bitter disappointment Meeke refuses to give up and there is still chance we might see him in works Mini car this season. In the meantime Irishman took part in launch ceremony of Circuit of Ireland Rally, which was organized in Belfast’s Titanic Quarter. Rally starts on April 6th and is part of Intercontinental Rally Challenge.

Asked for expert opinion on possible winner of this year’s IRC event, Meeke selected himself as the favourite.

“Like every other driver in Northern Ireland this is the rally I grew up with,” he said.

“I have only done it once before, in 2007 and was close to winning it until there was a problem with the engine.

“You could say it remains unfinished business.

“Will I be there at Easter? I really don’t know. My situation is complicated because I’m still under contract to Mini, but when I see the way the Circuit is shaping up this year I genuinely want to be part of it.”