Mini WRC project is clinically dead. Or is it? 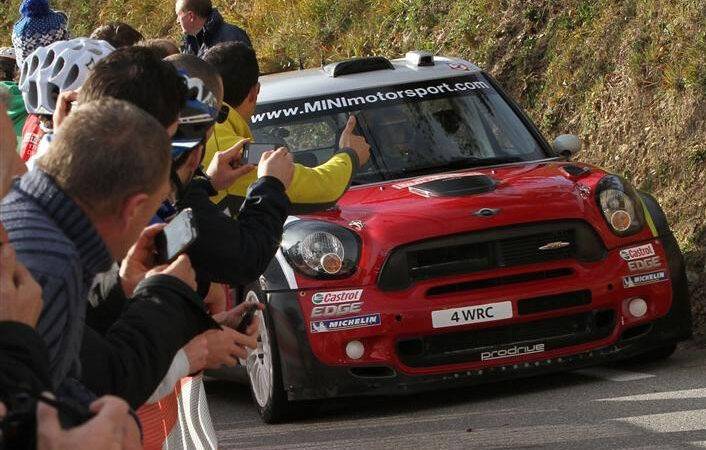 It appears BMW really bit more than it can chew when it launched it’s World Rally Championship programme with Prodrive, taking part in selected rallies last year and planning full commitment this year. At the same time German premium car manufacturer started another ambitious and expensive project – return to German touring car championship DTM. Insiders claim these two project were supposed to coexist because BMW was not expected to pay most of the expenses of Mini’s WRC ventures.

In fact, it was Prodrive’s responsibility to find a major backer and to ensure sustainability without depending too much on BMW’s money. Despite successes during 2011 and podium finishes Prodrive failed to attract main sponsor and that’s when shit really hit the fan. Or at least that’s what rumours are telling us. You know, these days it is very popular to keep quiet and hide any kind of valid information from public, because PR is God!

Autosport claims Mini’s WRC dream will be officially shot in the forehead on Monday, to make it a perfect start to the new WRC week. It is currently unknown if British squad with German owner and British heritage will take part in Rally Sweden. In fact, it’s safer to say we don’t really know much for sure, and it seems we’re not the only one because only days ago Mini and Prodrive officials were laughing off claims about the growing dispute. Well…

Tongue-in-cheek comments suggest Mini and BMW only wanted to bring their racing machine to Monte Carlo so they can once again show their legendary racer from the 60s, the last true rally winning machine with Mini name tag on it’s bonnet. The way things are going, original Mini will remain the only winner and BMW will return to it’s business, minding the brand’s image and it’s leading market position in premium segment by competing in DTM races. Some Minis might linger on as customer cars, although true nature of that prospect is also shrouded in mystery.

We still find it hard to believe strong starts, great results, excellent reception by the WRC community and fans and very competitive car were not enough of a reason to try harder.

However, as this is all based on fiction, or rather rumours, who knows… BMW might pull a surprise “just kidding” next Monday and announce it’s full commitment to WRC. And Formula 1 to boot.