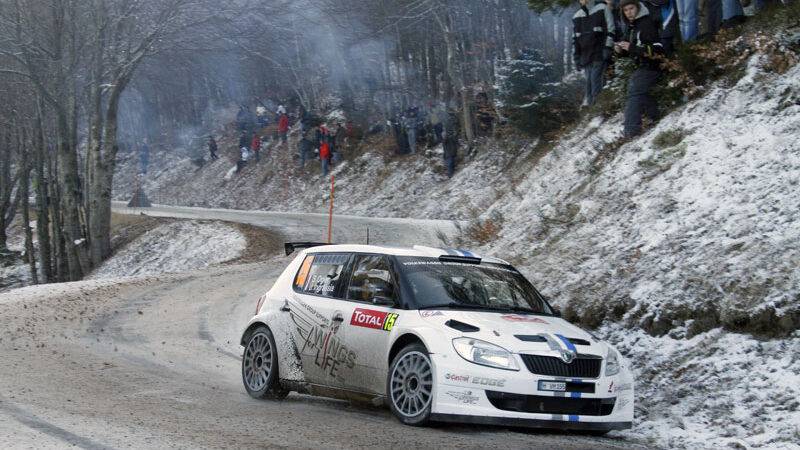 After the successful start in glamorous Monte-Carlo the Volkswagen Motorsport squad is now setting its sights on the second round of the season from February 9th to 12th. This time the FIA World Rally Championship stops in the winter woods of Sweden. At the only snow rally on the calendar Sébastien Ogier/Julien Ingrassia (F/F) will be joined by Andreas Mikkelsen/Ola Fløene (N/N) who will be competing for the Volkswagen factory team for the first time this season.

“At the season opener in Monte Carlo both drivers, Sébastien Ogier and our junior driver Kevin Abbring, showed strong performances. In Sweden Andreas Mikkelsen will take the wheel of the Junior car as planned,” says Volkswagen Motorsport Director Kris Nissen. “Sweden is a special rally: It’s the only WRC event on ice and snow and provides the best opportunity to gather valuable experiences in crisp cold. It’s an important run for us in preparation for our WRC entry with the Polo R WRC.”

Snow instead of gravel: drivers are looking forward to the winter spectacle

24 special stages across about 349 timed kilometres – and unusual challenges – are awaiting the drivers. Whereas the other events on the WRC calendar are held on tarmac or gravel the Rally Sweden due to the winter conditions and the use of studded tyres is a special event. “I really like the Rally Sweden. Because of its unique character it’s important to finish in order to give the team the opportunity to thoroughly get to know this rally,” says Sébastien Ogier (28). “In Sweden the Nordic drivers are always particularly strong because they have more experience with the conditions that exist there. But we’re well prepared.” The accident that meant an early end of the “Monte” has long been chalked up to experience. “Julien and I both are totally fit,” says the Frenchman. In 2011 Ogier/Ingrassia finished the Rally Sweden in fourth place – behind three Scandinavian teams.

The Norwegian Andreas Mikkelsen will be the second driver running alongside Ogier. For the 22-year-old and his seasoned co-driver Ola Fløene (42) this will be the second commitment for Volkswagen following the Finland Rally last year. “The Sweden Rally is almost a home round for me as part of the route leads through Norway. I’m hoping that many fans will support me. Thanks to my victory in the snow at the season opener of the Norwegian Championship I’m perfectly prepared. Running in the same team with ‘Seb’ is a special treat for me: He’s currently one of the quickest, if not to say the quickest rally driver of all. I’m looking forward to it and am hoping to be able to learn from him.”

Mikkelsen is the current IRC (Intercontinental Rally Challenge) champion. As a member of the Junior programme, the Škoda UK racer is sharing the second rally car fielded by Volkswagen Motorsport in the World Rally Championship with the Dutchman Kevin Abbring.

Volkswagen is running at WRC rounds this season with two Fabia S2000 cars of the Group’s Škoda brand in the smaller SWRC class. The commitments serve as preparation for the 2013 season in which Volkswagen will compete in the top group of rally racing with the Polo R WRC. Basically speaking, Sweden is not new territory in Volkswagen’s long motorsport tradition. In the nineteen-eighties Kalle Grundel and Kenneth Eriksson in the Golf clinched several top-ten results at this rally.