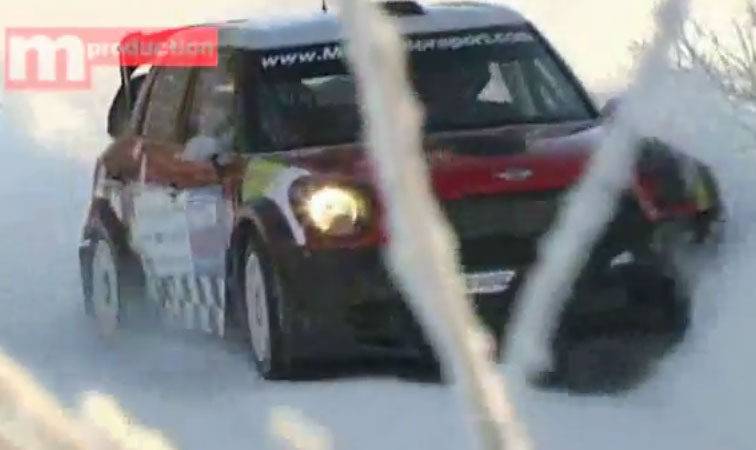 With all the drama and bad blood regarding Mini and it’s WRC ambitions we could really use some relaxation and positives. And what better way to achieve this than to watch capable driver get behind the wheel of equally capable car and go crazy.

OK, former JWRC champion Patrik Sandell did not exactly go crazy but he didn’t spare the throttle either as he was getting prepared for his first outing in what now is Prodrive privateer Mini team.

It will be interesting to see how Dani Sordo will fare against the Swede – Spaniard have more mileage in Mini but Sandell has more recent experience of racing in snow conditions.

Now Mini, this is the kind of stuff we would expect from you.