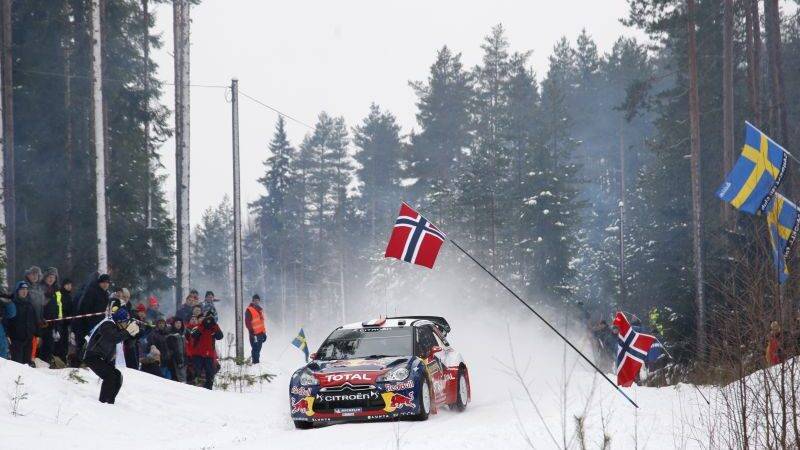 Jari-Matti Latvala continues to lead after the second day of competition in Rally Sweden, the second round of the FIA World Rally Championship. The Finn has extended his advantage and now has 23 seconds in hand to former team-mate Mikko Hirvonen while Petter Solberg maintains third.

Today’s route took in two loops of four stages covering 117.76 competitive kilometres and saw intense battles at the head of the leaderboard as crews vied for the podium positions. Latvala started the day on a charge, winning the first two stages and narrowly extending his advantage over Hirvonen, who continued to fight back by winning the following test. This afternoon, the battling Finns won the same repeated stages and Latvala now has just 84.84 competitive kilometres remaining tomorrow to maintain his lead and take a second victory in Rally Sweden. Such has been the pace, Hirvonen has also extended his advantage over third-placed Solberg, but the Norwegian has had to push hard to maintain position over Mads Østberg, the two fellow countrymen fighting for the final podium position and split by just 11.1 seconds this evening.

Evgeny Novikov remains fifth, holding off multiple FIA World Rally Champion Sébastien Loeb, who lost more time this morning with a spin. While Loeb and Henning Solberg were joint sixth going into the final stage, the Frenchman inched ahead in the final test and overnights 0.9 seconds ahead.
Rally Sweden – Unofficial Results after Day 2