Chris Atkinson: “I’m going to give it everything I got in Mexico” 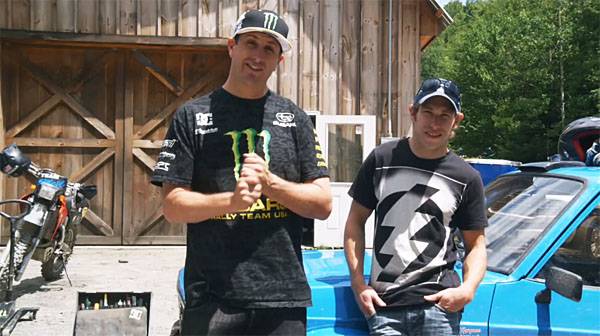 Ken Block and Chris Atkinson will be defending Monster World Rally Team’s colours on the upcoming Rally Mexico and Australian’s return to World Rally Championship ends long going speculations about his attempts to secure this project.

And not only is Atkinson coming back, but he is very motivated and determined to make it a very impressive return.

In Q&A session with Speedcafe Atkinson revealed some details about his plans for 2012 and also about the extensive tests he completed in a Fiesta RS WRC with M-Sport.

“I’ve been really fortunate this week. Malcolm [Wilson, M-Sport Managing Director] put me in the car for nearly 400 kilometres of testing at M-Sport’s test stage in England’s north west. Without this, I would have struggled on the first few stages to get up to speed with everything but now I will head to Mexico with a lot more confidence. I’m really appreciative of this testing opportunity and I can’t thank Malcolm and the M-Sport team enough. The car was amazing and I can’t wait to drive it under competitive conditions.”

“I’ll be doing everything I can! Obviously it has been a while since I’ve competed in the WRC and there are some quick new guys who are really spicing the championship up now. It’s different in Mexico because of the lack of power which in a way will help me because the speed will be a lot closer to what the car produced which I drove in last year’s Asia Pacific Rally Championship. Mexico has some amazing roads and amazing people. I remember standing on the start ramp and looking out to a sea of 100,000 plus people all cheering on all the drivers. I’m going to give it everything I’ve got in Mexico.” Atkinson said when asked about his ambitions to go one step further from his best result in Mexico, 2nd place in 2008.