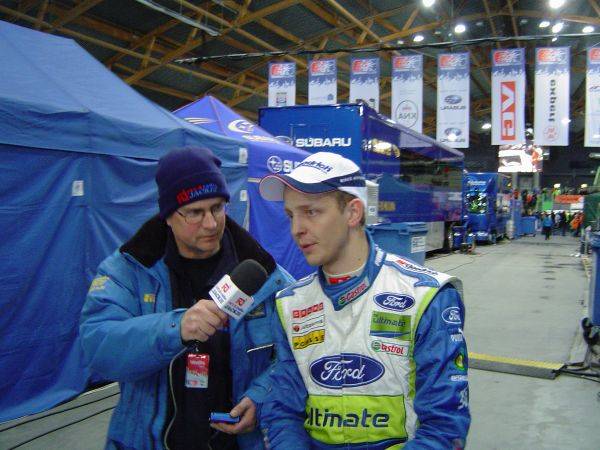 World Rally Championship is not out of the woods yet, despite FIA’s claims about solution being within reach. Two weeks before the third rally of 2012 WRC season we’re still not sure who will be put in charge of media promotion and TV coverage of this undoubtedly one of the most popular sports in the world.

So far we had two different broadcasting solutions applied for Rallye Monte Carlo and Rally Sweden – first event was done by Eurosport and Finnish Filmworks took care of filming Rally Sweden. Two different teams offered different views on how the WRC could be filmed and presented to world audience. But in reality, only one possible solution remains – only high quality coverage can make a difference and produce wanted results.

In recent years broadcasting and filming companies tested various new ideas in order to cope with inevitable nightmare presented before TV producers when it comes to rallying. Unlike circuit racing, rallies cover huge distances, and there is constantly something going on, even during lunch breaks. To try and cover everything live is out of the question, so many compromises and innovative ideas came into play in order to ensure rally gets worthy representation in media, especially TV.

Thanks to those ideas we were able to follow single or multiple stages live, thanks to cameras on ground and in helicopters. We were also presented with interesting comparison footage of several drivers going over same stretch of road for amazing insight into different driving styles of each driver. But these and many other ideas and gimmicks still cannot beat the knowledge and authority brought into TV broadcasts by it’s presenters and hosts. And this is where future promoters and broadcasters simply cannot be allowed to fail.

Over the years various broadcasters offered different approach to the topic of commenting and hosting World Rally Championship events on TV. Undoubtedly most challenging part is covering stages live, but this is also great opportunity for presenters to share additional information about the sport, it’s drivers, history, relevant news, etc. If future promoter(s) end up doing live stages at some point, we can only hope they’ll sign high quality presenters, who are not only able to talk about the images they see on screen but also provide constant stream of relevant information without running out of topics.

For daily reports it is equally important to start with the people behind the microphones. As we saw in one of this year’s rallies, it is not enough to attach video game alike special effects to footage and hope it will serve as a filler if guy who is presenting the report cannot provide basic relevant information with added comments and bits of news caught around the stages and the service parks. If you’re in doubt whether to use special effects or something else, I suggest just put on some onboard footage with co-driver sound and – keep quiet!

Rally is not Formula 1, drivers here don’t go around the same track for two hours so even the silent movies kind of commentary can explain what’s going on. For new fans it is important to give them good information, presented in easy to absorb way and with a touch of personality and dedication. Rally has a good chance of bouncing back from its current troubles and get on the world media stage once again, but hopefully FIA will take long term prosperity of the sport in account instead of rushing a solution just so there is one.