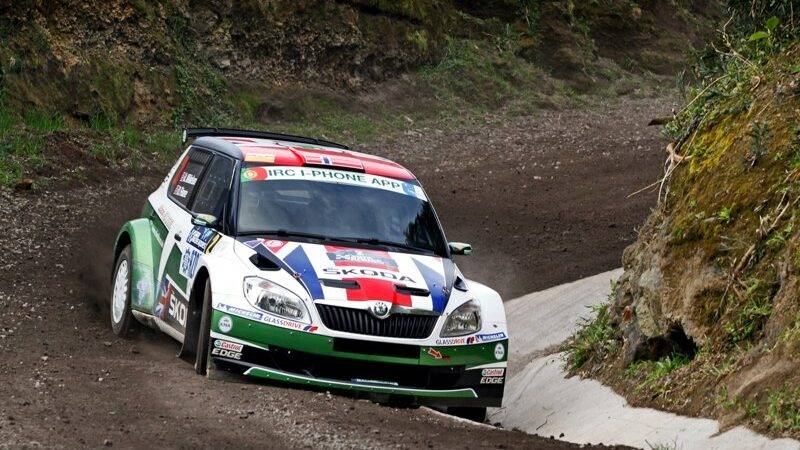 Second leg of Sata Rallye Açores ended with shortened special stage nine and earlier SS 8 was cancelled due to heavy rainfall. After full day of racing Andreas Mikkelsen is still in solid control of the event and holds on to leading spot with 16.2 seconds advantage over Juho Hanninen.

“Andreas is very fast. I will need to keep pushing and do something about this young Norwegian” said Hanninen at the end of SS 9. Finnish driver spun on the second stage of the day, handing out free seconds to Mikkelsen.

Indeed, Mikkelsen was in top form throughout the day and with a steady pace managed to keep his “team mate” at bay. Meanwhile, third placed Bryan Bouffier is out of the trouble after Bruno Magalhaes’ exit. With over 1 minute gap to Hanninen in second and over two minutes advantage over Hermann Gassner Jr. in fourth spot Bouffier can relax a bit over tomorrow’s stages.

Gassner’s climb to fourth spot was the only change of positions in top five on last stage of the day, but with only nine seconds between Gassner and Sepp Wiegand we hope to see this battle continue tomorrow.