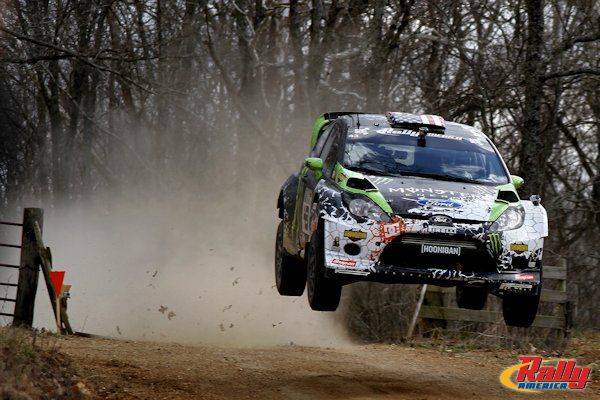 He holds an 18.6-second lead over Subaru Rally Team USA’s David Higgins and Craig Drew who assumed the place after Rockstar Energy Drinks’ Antoine L’Estage and Nathalie Richard broke a gearbox on stage 4.

In Super Production, Travis and Terry Hanson lead the class over Lauchlin O’Sullivan and Scott Putnam by 46.9 seconds. Young Mason Moyle with co-driver John Hall is in third place in class.

The Rally in the 100 Acre Wood continues Saturday beginning in Salem, MO. Fans who cannot attend in person can catch some tape-delayed event streaming and video recaps, as well as regularly-updated stage times and results, at Rally-America.com.