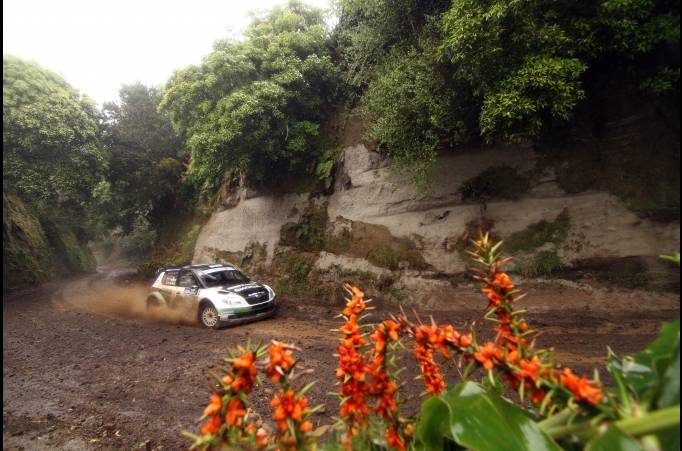 Season opening Sata Rallye Açores ends today with only two special stages to go. Norwegian youngster Andreas Mikkelsen is firmly in control and remains safely ahead of Juho Hanninen in another Škoda Fabia S2000. With two stages to go Mikkelsen’s lead sounds big enough (24 seconds) but with over 40 kilometers of competitive driving to go either of the two can hardly afford to relax.

Same cannot be said for third placed man Bryan Bouffier of France. Driving Peugeot 207 S2000 Bouffier is enjoying a quiet event, if something like that exists in rally and is looking to start this season with a podium finish.

Behind the Frenchman there is real war going on between two Germans. Sepp Wiegand came out on top after SS 12 and is currently fourth with 9.7 seconds advantage over Hermann Gassner in another Škoda Fabia. With both drivers repeatedly expressing their determination to enjoy the fight we can probably expect Gassner’s attack on remaining two stages.