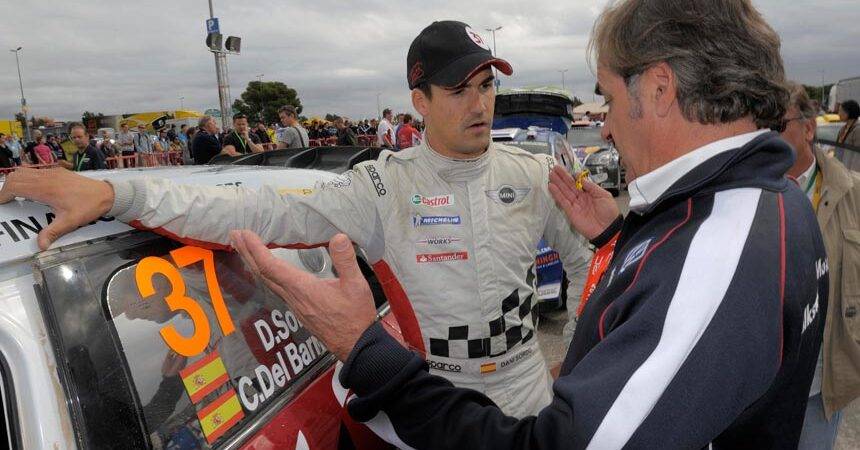 Spanish veteran Carlos Sainz revealed some of the background developments going on in Volkswagen and the World Rally Championship. He also confirmed he is looking into various options available in order to do one more attempt at Dakar Rally which he won with Volkswagen.

Former world champion is very busy these days, preparing for historic Rally of Spain, testing Volkswagen’s future WRC racer Polo R WRC: “Sometimes the days are too short for all the things I want to do”.

High on the list of priorities is another go at Dakar Rally, but only if the team and the car would be capable of winning. Sainz said he would not mind competing in a Mini, but with Volkswagen contract that would be difficult to pull. Regarding Polo R WRC, Sainz said he’s looking forward to occassional test sessions: “I am not test driver, but I will do my part in car development and hopefully my experience will be valuable to the team”.

Contrary to some of the earlier statements, Sainz says he would not decline offer to take part in one-off WRC event, but for now this is just an idea.

Volkswagen’s advisor thinks current situation is not the best for WRC: “It’s not good without TV and promoter, but things can only get better. Mini situation is also not good, but I hope Volkswagen’s arrival will ‘inspire’ other teams and manufacturers.”

Probably the most interesting part of Sainz’ interview with AS mentions another Spanish WRC hopeful Dani Sordo, who got sidelined with BMW-Mini’s pullout from full WRC programme with Prodrive.

“I spoke to Dani the other day and it seems he will do eight rallies this year. We are currently working with Sebastien Ogier and some junior pilots, but Volkswagen always wants the best, and Dani is one of the best. You never know what might happen”, Sainz said.