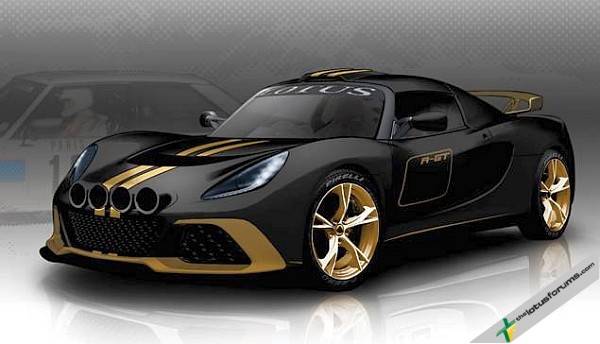 The Lotus International Rally team is set to make its race debut in April in the FIA European Rally Championship. In partnership with Italian team United Business, who won the title last year, the hotly anticipated Exige R-GT will be painted in Lotus’ iconic black and gold colour scheme.

Former Portuguese champion and Super 2000 World Rally Championship (SWRC) driver Bernardo Sousa is in-line to race the car at the Rally 1000 Miglia in Brescia,Italy, on 19-21 April, provided the car is ready. Next week the Exige R-GT undergoes its final testing before being submitted to the FIA for homologation. Ten cars will be built this year, with seven cars allocated to the official team and European racing drivers.

Claudio Berro, Director of Lotus Racing, started his career rallying and is thrilled to be back. “This will be the first GT car to be homologated by the FIA. Lotus, of course, has been successful in rallying before, winning the 1981 World Rally Championship with the Talbot Sunbeam Lotus. So in many ways we’re all going back to our roots. Partnering with the United Business Rally Team in the FIA European Rally Championship makes perfect sense because they, like us, know how to win. I think this is going to be a very strong collaboration. The championship largely takes place on tarmac, which suits us too. It’s so exciting to go rallying with this new project. It’s another big challenge for Lotus.”

Pier Liberali, Owner and President of United Business, commented: “This partnership agreement with Lotus Racing fills me with pride. Lotus is one of the most famous manufacturers worldwide in the motorsports field. It is an honour for us to be able to work with them, and we will do our utmost to exceed their expectations.”