Citroën take on the Sierra Madre 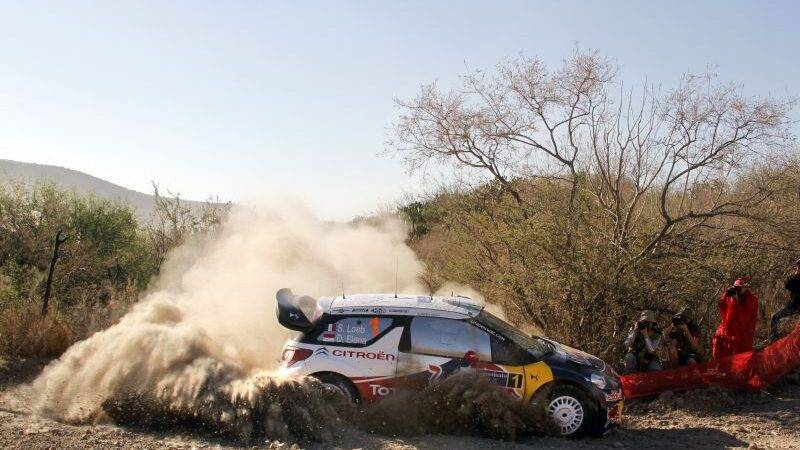 After racing on tarmac, snow and ice, the 2012 World Rally Championship begins a series of six gravel rallies. Over the last few seasons, Mexico Rally has become something of a classic WRC rally. The mountainous roads through the Sierra Madre have become a happy hunting ground for Sébastien Loeb and Daniel Elena, who are unbeaten here with the Citroën Total World Rally Team since 2006! Second last year, Mikko Hirvonen and Jarmo Lehtinen will be hoping the qualities of their DS3 WRC can help them to do at least as well this year.

After first appearing on the World Championship calendar in 2004, Rally Mexico has become one of the season’s most popular rallies. The rally fans in the León province have long since overcome their initial reservations and are now very excited to see the drivers showing off their skills, especially their idol, Sébastien Loeb.

“It’s always an enjoyable event. It’s sunny, the stages are great fun to drive and you can see that the fans love it”, confirmed Sébastien Loeb. “The ceremonial start held on Thursday evening in the streets of Guanajuato is one of the highlights of the season. And it’s great to get the rally going straight afterwards with the special stage on the paved underground streets of the mining city.”

Mostly run on gravel, Rally Mexico also features a host of ‘super special stages’, making up seven of the rally’s twentyfour timed stages. Although they only add up to 3% of the total mileage, these stages can prove decisive if the rally is close.

“I don’t particularly like this kind of rallying, but you have to take it seriously because you can quickly lose two or three seconds, which is the sort of gap you generally get at the end of a 20-kilometre stage,” warned the eight-time World Champion.

“I much prefer the conventional gravel stages. In Mexico, the mountain roads are generally fairly wide and quick. Of course, there are some winding, narrow sections where you have to be more careful, but by and large it’s a rally that is fun to drive.“

Unbeaten here in the last five years, Citroën, Loeb and Elena know what they have to do in order to win in Mexico. Their domination has long been a source of frustration for Mikko Hirvonen and Jarmo Lehtinen, who have finished in the minor places since 2007. Second last year, the Finns are keen to get on with the rally in their DS3 WRC, the benchmark car in 2011 with seven wins on gravel out of nine rallies.

“I have good memories of last year, as we finished on the podium as runners-up, but it is a complicated rally to manage. The rally is held in a region that is around 2,000 metres above sea level, which means that the engines have significantly less power. I also remember picking up a few punctures, although this rally isn’t the hardest on tyres,” recalled last year’s World Championship runner-up. “I’m excited at the prospect of competing in this rally with Citroën, because the team has always achieved good results in Mexico. I’m all the more enthusiastic for the fact that the testing I did on gravel went very well. I had an excellent feeling with the car.”

As the championship heads into a long series of gravel rallies, Mikko believes this is when the season will really get underway: “Most of the WRC is now held on gravel, so it will be interesting to see a real pecking order between the drivers and the teams taking shape. As far as I’m concerned, I hope I can set some fastest stage times. But I realise that we are fighting against all the other teams together, so we have to get a good overall result for Citroën.” In the World Championships, Sébastien Loeb and Mikko Hirvonen hold the top two positions in the Drivers’ standings, while the Citroën Total World Rally Team leads the Manufacturers’ standings.

First at Monte-Carlo, sixth in Sweden: how do you assess your start to the season?

“Starting with a win in Monte-Carlo was obviously a good result. Sixth in Sweden, however, left me with a sense of what could have been. I know I can do better on that surface, but obviously I just can’t seem to manage it! At the end of the day, I’m leading the World Championship, ahead of Mikko, and Citroën is leading the Manufacturer’s standings, so it’s positive. I would say that the start of the 2012 season has been fairly typical. If the rest goes the same way as the last eight years, I’d take that!”

You are unbeaten in Mexico since 2006. Do you have a secret formula? How does the altitude affect the performance of the cars and your driving style?

“There is no secret formula; it just comes down to a lot of hard work with the entire team. I have always felt comfortable on the stages here in Mexico, despite often having to cope with being first out on the road. Fortunately, this aspect won’t come into play this year thanks to the qualifying stage and I will be able fight fairly with the other drivers from day one. The altitude does indeed play a vital role, because the lack of oxygen means that the engines have less power. Fundamentally, it doesn’t change the way I drive. It’s perhaps a little easier to exit corners because you don’t hit the accelerator pedal as hard. And equally, you have to be careful not to head into a corner too quickly.”

There are two 42km-long stages on Saturday and a 54km-long stage in Sunday. Will tyre management be especially difficult on these stages?

“I don’t think so, because the Michelin Latitude Cross tyres are sufficiently hard-wearing on the road surface here, which is actually not that abrasive. Sunday’s stages will perhaps be a bit more difficult to manage in terms of strategy, because the four stages are being run without any service period. Depending on the positions and time differences, we’ll have to attempt to solve an equation with several imponderables. Should we take one or two spare tyres, focus on fighting for position in the overall standings or in the Power Stage? It will be interesting right up to the very end!”