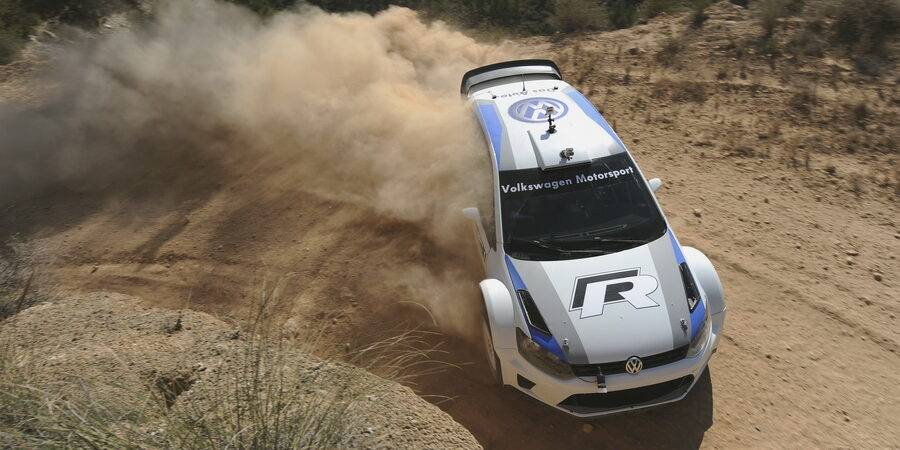 The two rally aces – Ogier is seen by many experts as future world rally champion, Sainz, with two title wins and 26 rally victories is one of the most successful drivers in WRC history – covered around 700 kilometres, equating to about twice the distance of a WRC rally, without any problem in order to take new vehicle components to their stress and load limits and to thus gather important findings for the further development. Volkswagen will be making its debut in the World Rally Championship with the Polo R WRC in 2013 and is running an extensive testing and development programme until then.

“Around 70 per cent of the WRC consists of gravel tracks, about 20 per cent of asphalt and roughly 10 per cent of ice and snow. The gravel test in Spain served to simulate the roughest WRC sections and to take the car to its load and stress limits. Particularly chassis components such as the hub carriers, dampers and suspension components were successfully tested in the limit range,” says Volkswagen Motorsport Director Kris Nissen.

“Carlos Sainz and Sébastien Ogier are working together extremely well – the two are forming a very good combination. They respect each other without any rivalry and are purposefully driving the project forwards. Our next step will be to run further tests on tarmac in order to complete our specifications book and to then check off each item on the list.”

On narrow, winding gravel tracks near Almería in the south of Spain Sébastien Ogier together with co-driver Julien Ingrassia (F) were initially in the cockpit of the near-300-HP Polo R WRC. “For us, it was mainly about driving this car on as many kilometres as possible on very hard ground. In parallel, we made a few minor changes to the setup in order to pick up speed step by step,” explained 28-year-old Ogier. On the third day, Carlos Sainz shortly sat in the co-driver’s seat. “Of course that was a surprise – ten years ago, I dreamt that it would be exactly the other way around,” said Ogier with a grin. “But seriously, his experience and his input are extremely valuable to us.”

Sainz, who drove his last WRC rally in 2005, then switched to Volkswagen and won the 2010 Dakar Rally in the Race-Touareg, wanted to gain an impression of the handling characteristics of the newly developed all-wheel vehicle on gravel this way and to acquire the necessary driving style. “During my active days I drove thousands of test kilometres and hope to be able to support Volkswagen with my experience,” said the 49-year-old Spaniard who subsequently took the wheel himself and was navigated by Timo Gottschalk. “I have a lot of confidence in the squad and the Polo R WRC will no doubt be a big hit. But we mustn’t forget that 2013 will be the Polo’s first year in the WRC whereas the competition will have been active there for many years,” said Sainz.