Will Peugeot take over WRC programme from Citroën? 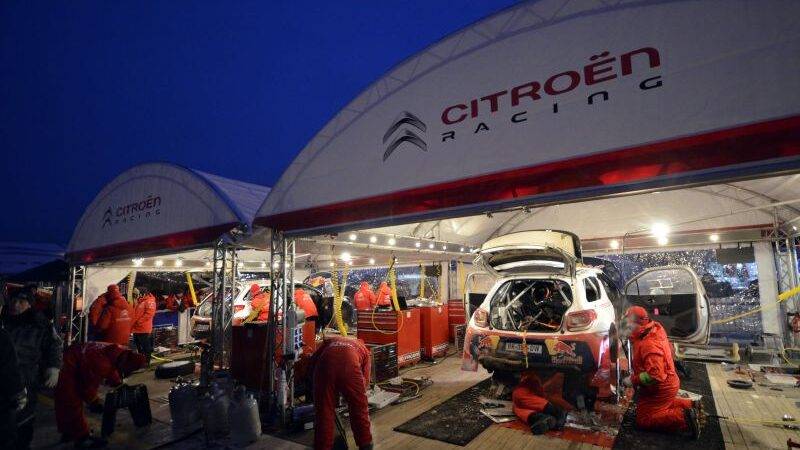 Recently several high profile companies (Fiat, Toyota, Hyundai…) ended up on the pages of specialized WRC and motorsport media with suggestions about their possible future involvement in the World Rally Championship. Of course, in most cases stories are based on rumors or fan fiction, but it’s not that hard to imagine successful brands being interested in the WRC, especially once FIA finds the solution to promoter and TV broadcasting problem.

With Mini hopefully staying and expanding it’s involvement in WRC next year and the arrival of Volkswagen we are looking good to have four manufacturers competing for the title in 2013 and beyond. Ideally, these four teams would inspire other brands and companies to review their motorsports programme and possibly enter the World Rally Championship with their own models. Realistically, one cannot be sure about the long-term plans of each of the four current teams. And one of those stands out in particular – Citroën.

As I’m writing this I cannot help but hope I am utterly and totally wrong about my hunches. It is painful enough to see the World Rally Championship suffer over lack of promoter and proper TV coverage, not to mention lack of teams (both private and manufacturer ones) to house all the talented drivers, and loss of such iconic and high profile team such as Citroën would be a major blow. So, I do hope PSA Peugeot Citroën bosses don’t share the same ideas as I do and Citroën remains in the championship for many years.

When Peugeot announced cancellation of their Le Mans programme entire rallying community was worried about same thing happening to Citroën’s WRC project. Thankfully, Citroën expressed their dedication to the World Rally Championship for few more years. But after Peugeot’s sudden withdrawal from Le Mans we realized anything can happen to even the most solid of plans. Just look at BMW-Mini-Prodrive drama. And the longer WRC lingers in it’s current promoter-less state, the less appealing it will be to the teams investing huge amounts of money into their WRC activities. Before that problem is solved FIA and WRC can hardly hope for any progress in other key areas, such as calendar expansion. Let’s see why would that be so important.

PSA Peugeot Citroën is looking to increase sales numbers in China, Russia and Latin America this year, which should help to compensate for expected 8-10% decline of European markets. These numbers are well in line with the future character of World Rally Championship, especially if FIA expands the calendar with more rounds in South America and more importantly China and Russia. Not surprisingly, same market are equally important for Ford and Volkswagen, but also for Mini – BMW owned brand had a record breaking year in 2011 and most notable contributions came from China, South Korea and Russia with North America still being Mini’s top market. It’s therefore only logical to expect those countries to be high on the priority list for inclusion into WRC calendar, not only to “satisfy” current and encourage new teams but also to bring new sponsors and investors to the sport.

What all this has to do with Citroën in particular? Well, for one Citroën might be looking to end it’s campaign while they’re still at the very top and possibly before the next generation of DS3 road car comes into play, forcing the company to spend additional resources in developing a new WRC machine. On the other hand, it all depends on how Citroën plans to develop it’s DS range – but given the premium character of DS lineup I don’t expect next DS3 will simply be a modest facelift of the current model. There is also the question of Sebastien Loeb, whose departure from the WRC is getting closer with each new rally, although Frenchman is still not quite ready to say goodbye to rallying. With Loeb out of the picture, Citroën would be faced with a choice of training a new youngster and possibly suffering some defeats along the way or they would have to lure some of the current top drivers from other teams, again possibly risking less then ideal results. I’m not saying there’s no rallying for Citroën after Loeb, but there’s no denying that this combination produced some spectacular results and records over the years and expectations are high and will remain high. Just look at what Ferrar is doing now compared to what it was during Michael Schumacher years, for a rough comparison.

With all that in mind, what could be sort of bad for Citroën, might be good for their sister company Peugeot! Latter enjoys cult status in rallying, despite their latest involvement in WRC being total disaster. Just ask to have a chat with Marcus Gronholm and ask him about the Peugeot 307 WRC. However, earlier model, 206 WRC was a rallying monster and very capable and successful car. Equally impressive results were recorded by road going version of 206, but same cannot be said about the outgoing 207 road car. And just in right time there comes new car in Peugeot’s “2” family – 208. After not so successful 207, new model is under huge pressure to produce results and cash. Peugeot already announced the development of R4T specification 208, sending the aging but very impressive 207 S2000 to retirement. Could their next step be to replace Citroën DS3 WRC with Peugeot 208 WRC in order to draw more attention to the mass market 208 instead of premium niche model such as DS3?

Only time can tell. In the meantime, we should probably be happy about PSA Peugeot Citroën’s continuing involvement in top motorsport despite the global economic crisis and uncertainties. And with two equally recognisable brands, PSA actually can “switch” their activities and still keep the momentum.