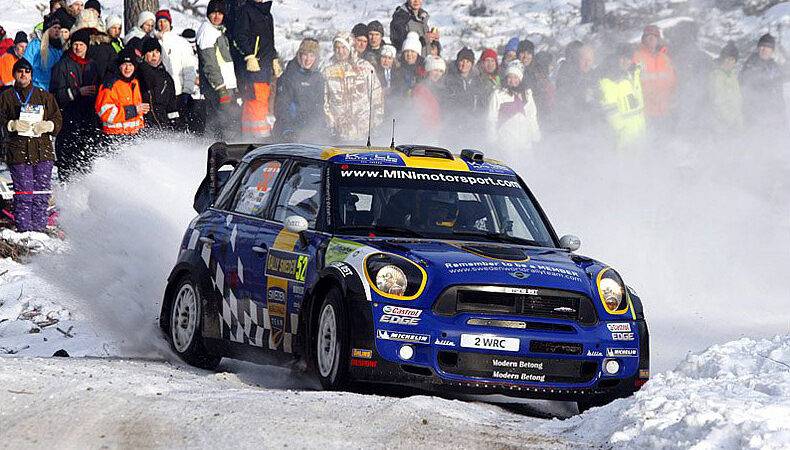 At Rally Portugal this month the Prodrive WRC Team will introduce more than 100 modifications to improve the performance of the MINI John Cooper Works WRC. The enhancements are being homologated under the FIA regulations and will be available to fit to all MINI WRCs.

Prodrive has been running a development programme on the MINI WRC since October last year, using data it has gathered from running its own cars and a further dozen customer MINIs in championships across Europe and the Middle East.

A major focus has been development of the 1.6 litre turbo engine, with a result that the newly homologated engine has a three per cent increase in peak power. To achieve this, Prodrive has redesigned the induction system with a new restrictor and restrictor feed, while the engine cooling system has been made more efficient, with the introduction of an electrically-operated water pump, which not only reduces parasitic losses, but enables the engine temperature to be more accurately controlled and in turn the knock control optimised. Without a belt-driven water pump the alternator has been moved and the whole area around the drive belt made more robust, with a shorter drive belt which is simpler to change. With all these modifications, the engine management system software and associated electronics have been upgraded with optimised fail safe modes and enhanced driver and co-driver in-car displays.

The only visual change to the MINI WRC is the front bumper, which has been remodelled using CFD to improve engine cooling and the car’s aerodynamic performance. The new front splitter design allows the car to run at lower ride heights on rough gravel surfaces, reducing airflow under the car and increasing front-end downforce.

Prodrive has worked with suspension partner, Ohlins, to improve the performance of its dampers on rough surfaces with the new units giving the car greater stability and traction while running on gravel. The team has also developed a heavy duty suspension package specifically for use on very rough events like Greece.

For the first time, a lithium-ion battery can be run on the MINI. This not only gives a significant weight saving of more than 7 kg over the lead-acid battery it replaces, but has a 20 stage kilometre life in the event of an alternator or drive-belt failure, compared to just 2 km previously. Through further modifications on the car including a new manufacturing process for the construction of the carbon fibre rear wing, Prodrive has managed to reduce the base weight of the MINI WRC by 10kg, which allows more ballast to be strategically placed to improve the balance of the car.

Prodrive W­RC Team drivers, Kris Meeke and Dani Sordo, shared four days in southern Spain last week testing the new car and according to team principal, Dave Wilcock, the improvements were very noticeable. He said: “Both drivers were really pleased with the developments and could feel the increase in performance both directly from the engine and in the dynamic behaviour of the car over the rough stages. This is a significant step forward for the MINI WRC, but our development work hasn’t stopped and the engineering team are already looking at the next set of improvements for later this year.”

The Prodrive WRC Team will next compete at Rally Portugal on 29 March – 1 April with Dani Sordo and Patrik Sandell.