Video: Mikko Hirvonen hiked his way from Sweden to Mexico 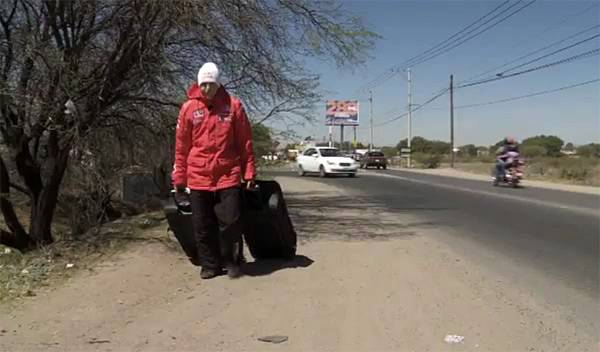 Here I was thinking WRC drivers are some spoiled superstars, traveling across the globe in their private jets and limos and staying in the most expensive hotels money can buy. As it turns out, this just one of those myths.

Apparently that’s not the case for Citroën’s pilot Mikko Hirvonen, who knows nothing about luxury and what it feels to be a star. Instead of flying over the Atlantic, Mikko was forced to walk across the snowy Scandinavia and all the way to Mexico. Or at least that’s what his latest video is telling us. And when he finally arrived to Mexico he was not greeted by journalists, fans and a limo – in Mikko’s case he had to buy his own hat, and instead of limo he got a ride in one of the oldest trucks still alive, courtesy of Jarmo Lehtinen. And then, they even made Mikko drive.

So, next time you think WRC drivers are spoiled celebrities, think again. To quote Mikko: “Perkele!”