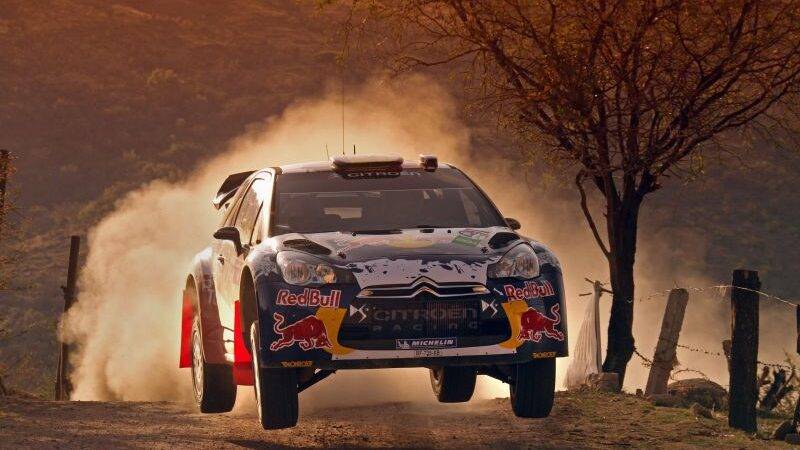 Jari-Matti Latvala made his mark in first stage of afternoon loop, setting top time on SS 6 and getting the Citroën duo of Mikko Hirvonen and Sebastien Loeb a bit worried on his pace.

However, due to earlier problems Latvala is not direct threat to the leading duo and is facing a big task of making up the lost time together with Petter Solberg.

Biggest news of SS 6 the exit of Thierry Neuville. Young Belgian reportedly hit a rock lying in the middle of the road and ripped the wheel off, but Citroën confirmed he will rejoin through Rally2 tomorrow. I hope this phantom rock is not part of much wider conspiracy that saw Neuville being targeted by unknown spectator, forcing organisers to cancel second run through Ortega stage.

On top, Seb Loeb took the lead from Mikko Hirvonen and is now 2.2 seconds “clear” of his team mate with Mads Ostberg over 46 seconds behind in third spot.

“Of course I need to keep pushing. It’s over 300 kilometers still to go, anything can happen. It’s not only Mikko, there are many fast guys here, and pushing hard is only option”, said Loeb.