A breath of fresh air for Citroën on day 1 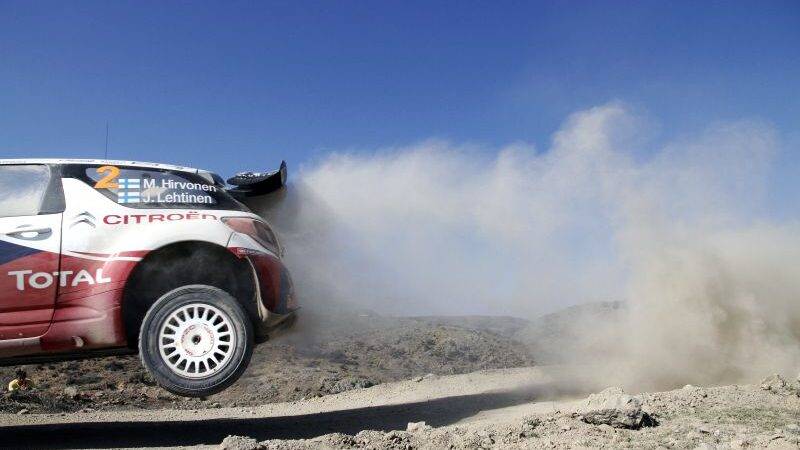 Disputed in the mountains of the Guanajuato region, the first day of Rally Mexico was a very positive one for the Citroën Total World Rally Team crews.

Sébastien Loeb and Daniel Elena top the overall standings, 11.2s ahead of their team-mates Mikko Hirvonen and Jarmo Lehtinen. These two have built up a clear lead over their closest rivals, who are over a minute behind.

Cheered on by the large crowds that had gathered in the streets of Guanajuato on Thursday evening, the crews taking part in Rally Mexico set off to tackle the first stage straight after stepping off the podium. Following this appetizer on the paved streets of the colourful city, the drivers got down to the business end of proceedings on Friday morning with the rally’s first gravel stages.

The morning’s schedule featured four timed stages. The crews first tackled El Cubilete, a mountain that reaches close to 2,700 metres above sea level. Mikko Hirvonen set the fastest stage time to move into the overall lead. It didn’t take long for the other competitors to respond, Jari-Matti Latvala taking the lead for the next two stages. Mikko grabbed the lead back after SS5, the morning’s final stage before the cars made their way to the León service park. “The rally has started at a cracking pace. It was a very difficult morning, with technical and slippery sections. I am pleased with my performances, the car is running very well but I am still struggling to find the right rhythm. If I push too hard, the times aren’t as good. It’s a bit strange but I have to try and get used to it!”

After setting the fastest stages times on SS4 and SS5, Sébastien Loeb moved to within just six tenths of his team-mate: “The times were very close throughout the morning. We’re going to have to keep pushing this afternoon.” Keeping up his good form from the morning’s stages, Seb went quicker than Mikko on SS6. Equally quicker than his team-mate on the next two stages, the eight-time World Champion had built up a 4.5s lead by the end of the day’s final gravel stage. The second run on Ortega (SS9) was cancelled after some competitors – including Thierry Neuville – had stones thrown at their cars.

The day concluded with no fewer than three “super special stages” held around León. The two works Citroën DS3 WRCs ended day one of the rally separated by 11.2s. “I got off to a bit of slow start on SS2, but then I found the right pace,” admitted Sébastien Loeb. “Mikko seems to be getting to grips with the DS3 WRC and I really had to go at full pelt to build up a small lead. Overall, it was a very good day, as the two Citroëns hold a clear lead over the rest of the field. Under normal circumstances, I don’t think we can be caught, but there are over 250 kilometres of timed stages still to go!”

“Seb was stronger this afternoon, but I am happy with second place,” said Mikko. “I was also impressed by the performances of Jari-Matti. If he keeps up his good form, I think he can get very close by the end of the rally. That means we won’t be able to take it easy if we want to stay ahead. Tomorrow looks like it will be even more difficult, with two runs on an extremely twisty 42 kilometre-long stage.”

“The aim is for our cars to finish in the top two positions,” reiterated Yves Matton, Citroën Racing Team Principal. “Our crews will continue to drive freely, because we reckon that Jari-Matti Latvala’s pace may be enough to pose a threat to at least one of our cars. For the time being, the only instruction given to the drivers, as such, is get to the finish without making any mistakes.”