Latvala: “There was no warning” + video 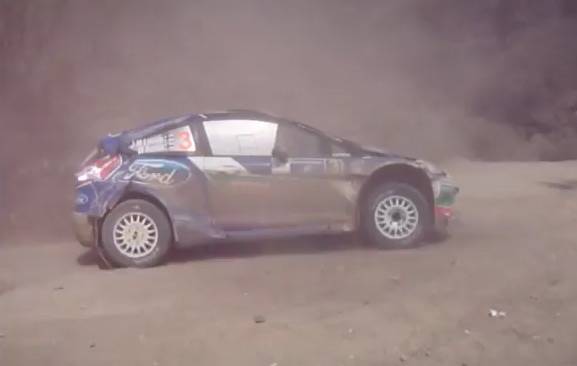 Jari-Matti Latvala’s crash in Mexico was one of the most devastating in his career – he had a podium finish within his grasp but unfortunate set of circumstances and maximum attack approach to 54 kilometer Guanajuatito stage resulted in huge crash and retirement.

According to Jari-Matti, there were no warnings by either marshals or spectators to alert him of crashed car of Evgeny Novikov and that led to his own high speed crash.

“Evgeny Novikov had a big crash, with leaking fuel on the car and many things happening, so they stayed with the car to try to save that car and look after it. They sent some people to go out and warn incoming cars about their accident, but those people did not do their job so there was no warning when we came. When I came to the corner it was a big surprise for me when I saw the car in front and I panicked and went off the road, car rolled at the same place.”

Jari-Matti’s explaination can be found on 7:35 in video.

“The reason for it was because Evgeny and his co-driver had to stay with their car because it was dangerous situation. They trusted the people to warn us but they didn’t do their job. So, there were many things going on, just the wrong way. Unfortunately”, Latvala explained.

It remains unclear, unless Evgeny explained that in Russian language, if people sent to warn oncoming cars were spectators or official marshals.