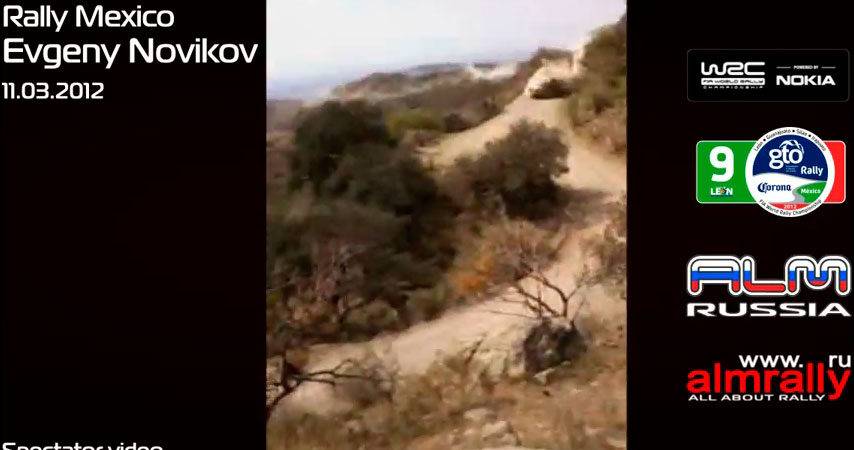 Evgeny Novikov displayed some of his trademark flamboyance throughout the Rally Mexico, but the finale was not in his favour. Russian driver’s luck ran out on marathon Guanajuatito stage where he crashed heavily out of the rally.

And it’s one thing to hear about some car crashing or rolling, but it’s another thing to actually see it happening. Thanks to fans of Rally Mexico we’re able to witness how Novikov and his co-driver Dennis Giraudet ended their run on 54 kilometer stage.

Luckily, both of them are okay and hopefully they’ll have more luck in Portugal.

Thanks to Nick Alterskye for video tip!