Should marathon stages be part of every WRC event? 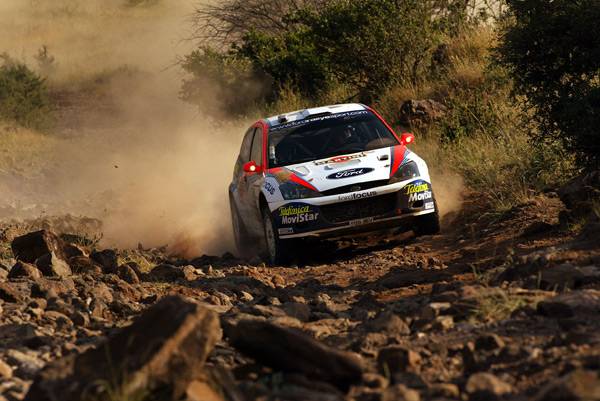 Three very long special stages of 2012 Rally Mexico were pretty unique to this event, although it is not that uncommon for WRC rallies to feature extremely long timed tests. If FIA wants to bring back endurance element to the World Rally Championship, perhaps long stages are the way to go instead of opting for five day itinerary, similar to that of 2012 Rallye Monte Carlo. I agree with those that call for more strategy vs. speed approach to rallying and by having a 54 kilometer special stage take part on the last day is good way to do it. And Mexico was not “the worst” of it either, despite the length of the stages – surface was rather smooth and fast. Try to imagine Greece kind of gravel combined with over 45 kilometers in length for more appropriate idea. Or the infamous Tour de Corse with it’s endless stages and billion corners.

Of course, there must also be stages which favour speed and award drivers with sizeable set of cojones, but pushing blindly should not be the only way to win rallies, hence the idea of long and very long stages, sometimes combined with longer loops of up to four tests before next service. The idea behind this is to “force” drivers and co-drivers to think and plan their strategies and speed, to look after the tyres and the car, mainly because these are, or at least were, the main foundations of rallying in general.

On the other hand, let’s be realistic. With only two proper manufacturers and a handful of privateer teams, not to mention decimated SWRC and PWRC categories, it’s pretty obvious why longer stages and more demanting itinerary could lead to problems. Teams and their sponsors want to see their cars make it to the finish of the rally, and by having a set of marathon tests is working against that idea. And WRC simply cannot afford unhappy sponsors and teams if it wants to survive the current crisis. But I don’t think rally should become easier and more forgiving in order to keep everyone happy and cars and drivers in perfect condition on finish ramp.

Solution to above situation might be quite simple – if driver X is not capable of keeping it together then he possibly just isn’t the right material for the World Rally Championship kind of events. And that’s perfectly fine – not everyone is made for it, regardless how close they get to the top. It just takes that extra bit of effort, discipline, skill and some might say luck, but I would say consistency and resilience to outside pressure, to be the best of them all. Perhaps this all applies to the current situation and extremely high standards introduced by Sebastien Loeb, but once he retires I am quite confident those propositions will remain the same – crashers will just not be able to collect enough points in the end.

The pressure on drivers to perform might look unfair for outsiders and fans, but this is World Championship we’re talking about, and the money, time and effort invested by everyone involved is huge. And it takes equal amount of pushing hard and trying hard not to push too hard to become a real contender for the top honours. Every sport has it’s heroes, some got that status by winning titles and races, and others by being on the limit, “if in doubt, flat out” as late Colin McRae would say, but in the end there is only one thing that will win you races and titles – points, and lots of them.

Luckily for rallying, there is no lack of young talented drivers ready to try and take the bull by the horns. To summarize, rallies simply must be unique test of speed, brains and self control, and ideally those who master all three aspects will become the WRC stars of the future.