Lara Vanneste: “French is THE language for pace notes” 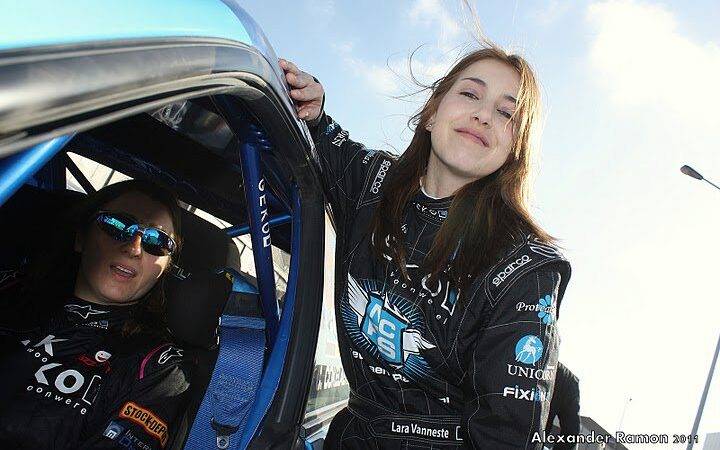 Young Belgian co-driver Lara Vanneste recently celebrated her 22nd birthday, but for a person of her age she already amassed significant racing experience. Former co-driver to Kevin Abbring she competed in the World Rally Championship events as part of Volkswagen World Rally Team.

After Kevin Abbring recent decision to opt for another co-driver, Lara was temporarily “unemployed”, but new opportunity was just around the corner in the shape of Belgian driver Freddy Loix.

“I’d like to point out that I’m am very happy with the way how Lara and I worked together. My decision to bring in another co-driver has nothing to do with Lara – she is even younger than me and her time will come, I’m sure of it. But my time is now and I must take full advantage of it”, Abbring said in recent interview.

Indeed, Vanneste quickly found another very promising team, led by Freddy Loix, former works WRC driver and one of the fastest and most complete pilots on the current scene. They already co-operated last year on few events, and according to Freddy, Lara is a natural talent.

“I have always chosen my own co-drivers because the rally is a team effort. From the first moments with Lara in co-driver seat I realized she is natural talent – she immediately found good rhythm and intonation of delivering pace notes. That is even more important with my grading system, which is not very simple”, said Loix.

“I like the notes system which allows to have a certain cohesion between words, which in turn allows for more rhythm in notes delivery. This is also why I love reading notes in French, because it is a language that sings. With notes in Dutch this is rarely the case. Freddy’s system uses indications and grades which sound like singing. This is why I directly understood the system and found good rhythm. I am convinced we can aim for few victories this year in the French Championship”, Vanneste said.

Loix and Vanneste will tackle eight rounds of French championship in Peugeot 207 S2000 prepared by BFO Team, as well as competing in Ypres Rally in Belgium. Their first proper rally is this week’s Rallye Le Touquet.