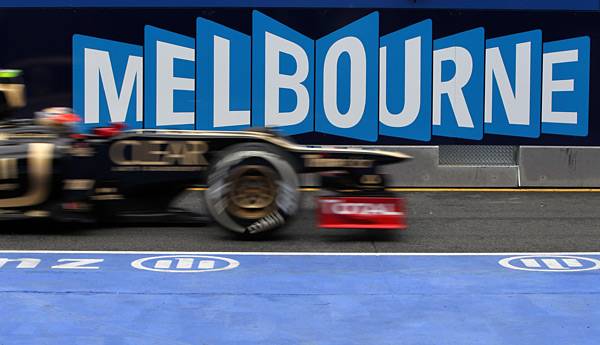 And so it’s on once again, the Formula 1 World Championship. First race of the calendar is Australia and of course everyone was glued to their TV screens in wee hours of this morning, watching extremely well payed guys do one of the most fun things possible, while the rest of us must pay for the privilege to even watch them. Well, truth be said, I don’t have to pay anything bar the usual TV subscription (amounting to less than 10 euro per month) in Croatia, but some of my UK friends had to sell few of their organs in order to be able to buy the F1 package from Sky.

But lo and behold, Formula 1 is interesting once again! Or at least that’s what qualifying practice is making us believe. Fernando Alonso made an error and spun out of the Q2, then went into emo kid mode when marshals were not able to dig his car out of the gravel trap. Well too bad. I was very sorry, but then I realized my strong black coffee did that to me so I visited a certain facility in my house for immediate relief. I wonder if Alonso is calling his agent now and asking him to set a meeting with Lotus guys. Or is he just happy with the fine collection of points in his wallet. Felipe Massa meanwhile ended his Q2 by taking spectacular 16th spot and ensuring ugly Ferrari car is nowhere near the first starting rows.

Former world champion Kimi Raikkonen ended his first comeback qualifying practice early. One error was all it took for the Finn to be knocked out of Q1. In one of the numerous interviews about his return to Formula 1 he said he missed the direct racing against other drivers. Well, Mr. Driver formerly known as Iceman, you have your wish – 18th spot on the grid should ensure plenty of racing for you. And you better be very careful in blaming your car for the failed qualifying – seeing how one of the most talented young drivers, Romain Grosjean, got third place in Q3 in same vehicle.

What else happened? Ah yes, Red Bull was nowhere near the top of the standings. In fact, last year’s champions were forced to eat exhaust fumes of not only McLaren cars but also Mercedes and Lotus. Michael Schumacher was in specially good mood today and for a few moments he was even in second spot in Q3 before Jenson Button took second and Grosjean captured third.

And the pole position went to Lewis Hamilton. Great return of one of the best drivers. And now I’m actually sad Alonso is not able to fight Lewis, and he won’t be it seems. I belive clashes between these two well known whine-queens would be epic.

Ok, this is as much of Formula 1 as I will allow myself to write for now. Hopefully season proves to be an exciting one. And same hopes extend to the World Rally Championship – may it get at least as nearly well covered by TV and media as Formula 1 is. And fast.

Oh, and by the way, you can still join us in our league on Castrol Rankings and let’s compare our predicting skills! You are however too late for this race, but just join us and let’s have fun.