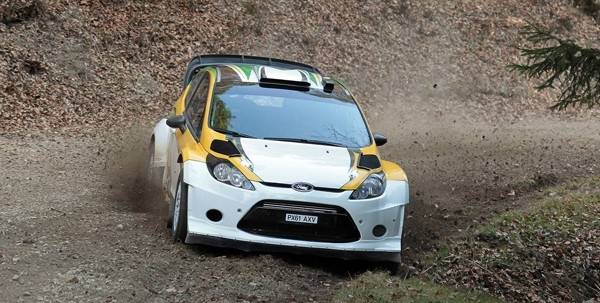 Brazil World Rally Team driver Daniel Oliveira and his co-driver Carlos Magalhaes tested the Ford Fiesta WRC in Austria this weekend. This is the car with which he will be making his debut in this 2012’s WRC season on Rally of Portugal later this month.

The test was supervised by Manfred Stohl and Stohl Racing, team in charge of servicing and managing BWRT´s Ford Fiesta WRC for 2012, and it took place in two famous gravel-based stages of an Austrian Rally Championship round called “Waldviertel Rally”.

The conditions were perfect with dry weather during the whole weekend. The gravel test tracks were also perfect for having a good set up of the car as they were very similar to the ones Oliveira will find in Portugal. The team used two different test stages , one on Saturday and one on Sunday, both were 100% gravel stages.

“We ran more than 200km without any problems. I felt very confident with the car. For sure this is a big step and a big improvement compared to the last WRC car I drove. I’m really looking forward to the first event” said Oliveira.

According to Manfred Stohl the test was very important since this will be Daniel´s first time out in the Ford Fiesta WRC. Daniel had a clean run over the weekend and made things easier for the team to get the most out of the test. Manfred S tohl was happy with Daniel’s improvements.

Now the whole team is looking forward to the “real” WRC season start for the BWRT.