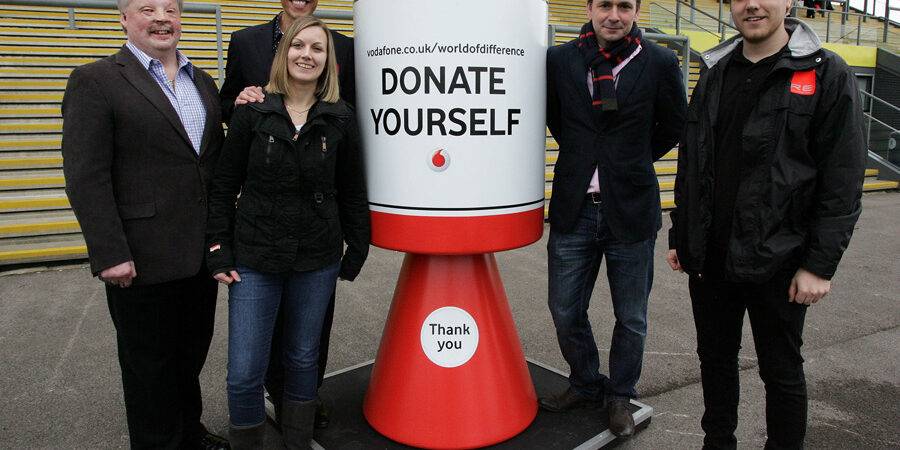 Vodafone UK’s World of Difference scheme, which enables 500 people every year to work for UK charities, has nominated two successful bidders to provide support for the Richard Burns Foundation. The scheme enables working people to commit their time to a charitable endeavour while Vodafone underwrites their salaries for two months of full-time, or four months of part-time, work.

Michael Jenkins, and his sister, Davinia, both successfully achieved a paid placement with the Richard Burns Foundation following a highly competitive bidding process.

Michael, an audio-visual technician for proAV, has been a long-term volunteer and supporter of the charity. He will be assisting the Richard Burns Foundation with the development of an e-commerce solution to supplement the Richard Burns Foundation website, thereby assisting with driving incremental revenue through the sale of popular merchandise lines such as the charity’s notable RB orange wristband, which has sold thousands of units, but currently lacks a central sales outlet.

On successfully securing a place on the World of Difference scheme, Michael said, “I still can’t quite believe that I’ve been selected for the Vodafone World of Difference programme. I’m extremely honoured to work for the Richard Burns Foundation. Richard became my hero at the age of 12 when my family and I watched him blast through the Welsh forests at Rally GB 2002 in his Peugeot 206 WRC. Just three years later, we were shocked and saddened to hear that he had passed away, so to be given this opportunity to serve his memory and help the Foundation is great.”

Michael’s sister, Davinia Jenkins is employed at Vodafone with responsibility for Retail Marketing and also has a long track record of volunteering to support RBF in its many annual fund raising events. As part of her World of Difference scheme, Davinia will be using her professional experience to help the charity with its marketing communication outreach, from advertising to PoS and direct mail, creating volunteer support communication packs and helping to set up the Foundation’s Google Adword grant. Davinia will also be providing on the ground support at RBF events from the Goodwood Festival of Speed to various athletic events in which volunteers are competing.

Alongside her brother, Davinia said, “I was a big fan of Richard and it was heart-wrenching to follow his story. Ever since his untimely demise, I have wanted to give something back in his memory to other people who are affected by brain illnesses. I feel so extremely lucky and very grateful to Vodafone to be awarded a place on the scheme, and although it’s exciting and daunting all at the same time, I just can’t wait to get stuck in!’