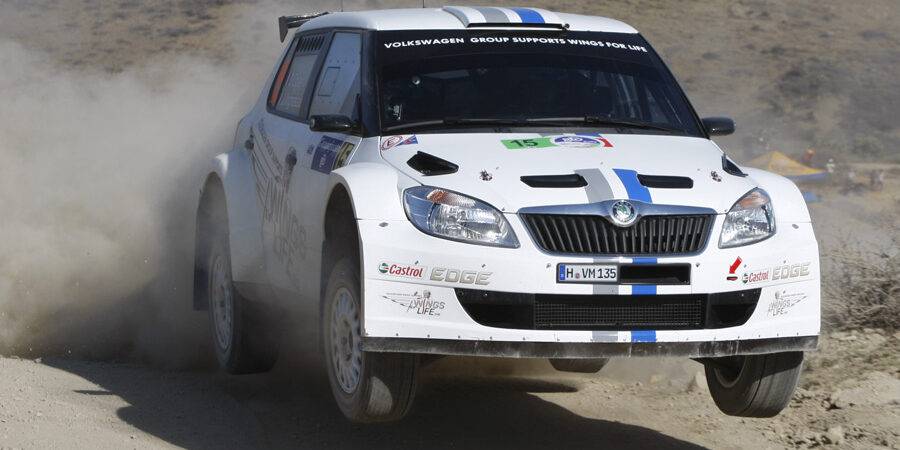 A new chapter in Volkswagen’s “WRC year of learning”: After Rally Mexico a little less than two weeks ago the factory team is in for another gravel event at the Portugal Rally (29 March–01 April). The fourth round of the FIA World Rally Championship is also regarded as a tough test for the material. At the first gravel event in Europe the Volkswagen factory team – as in Latin America – will again compete with the French duo Sébastien Ogier/Julien Ingrassia and the young Dutch driver Kevin Abbring and his co-driver Frédéric Miclotte from Belgium.

“We’re pleased to return to Portugal – we know Lisbon and the Algarve region very well from our runs with the Race Touareg at the Dakar Rally. But now the premises are different. While our expectations are certainly high after three consecutive S2000 class wins, we’re not driving for victory but want to gather as much experience as possible in the WRC by fielding our two Fabia S2000 cars of the Group’s Škoda brand – this serves to prepare our whole team for the 2013 season when we’ll start to run with the new Polo R WRC,” says Volkswagen Motorsport Director Kris Nissen.

At the 46th running of the tradition-steeped Portugal Rally 22 special stages (SS) covering around 435 timed kilometres are awaiting the drivers. After a spectacular spectator stage in Lisbon at the beginning of the event, 2012 is bringing an important change. For the first time, three night stages will be held on Thursday. Due to the dusty and rough Algarve tracks tyre wear plays an important role. In Portugal, tyre wear is amongst the highest in the season.

Volkswagen driver Sébastien Ogier is regarded as a specialist for these difficult conditions. In 2010, he scored his first ever victory at a WRC round in Portugal and last year the Frenchman was again unbeatable. “After two victories in the past years I’m obviously pleased to return to Portugal,” says Ogier. “The rally suits me well and I enjoy driving here. But it’s also clear that with our S2000 car we won’t be in contention for overall victory this time but working on our future. For us, it’s still about preparing the whole team as best we can for the debut of the Polo R WRC. Besides the rallies we’re running an intensive test programme with the Polo, most recently on tarmac in Spain.”

His team-mate Kevin Abbring has previously celebrated successes in the Algarve region as well. The Dutchman, who as a Volkswagen Junior is part of the team and during the season takes turns in the cockpit with the Norwegian Andreas Mikkelsen, achieved a second place in the Junior WRC (JWRC) and a victory at the tradition-steeped rally. “I’m already pretty familiar with Portugal and we’ll be meeting with fiercer competition in our class, that’s why I’m already looking forward to this rally,” says Abbring. “Although we’ll be driving on gravel again the character of the special stages is different. The surface is not as hard as in Mexico, so the tyres provide better grip. In some places the ground may even be really sandy and soft. In addition, we’re expecting some water passages plus three night stages on Thursday – I’m really excited about them as well.”

This season, Volkswagen is contesting World Rally Championship events with two Fabia S2000 cars of the Group’s Škoda brand in the less powerful S2000 class. The runs serve as preparation for the 2013 season in which Volkswagen will be competing in the top category of rally racing with the Polo R WRC.