Oh, it’s dusty you say? Here, let’s put some water on it. Better? 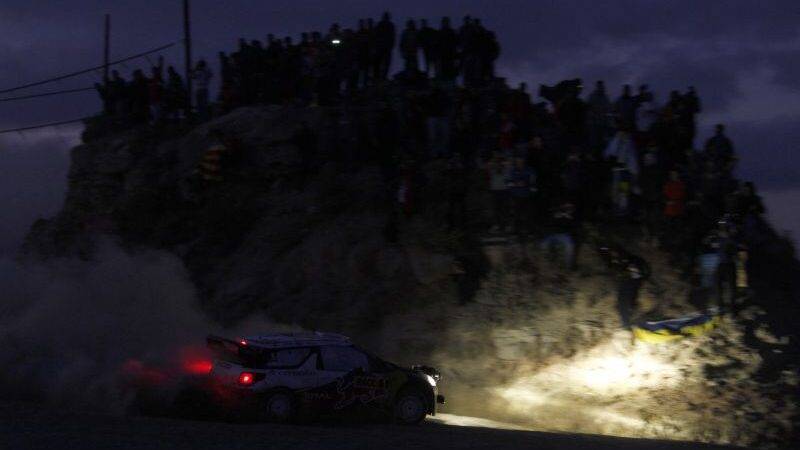 Come on! If you pushed for those three night stages to be on gravel then you probably (?) counted in the factor of dust and the possible problems it could cause. If so, stick with it and, frankly, make them earn their pay and glory.

Autosport just published a news bit claiming organisers of 2012 Rally Portugal will use water to battle dust problem on two out of three night stages, scheduled for first leg of the rally.

Based on experiences from last years Catalunya Rally and their night stage experiment I can see why they’d like to avoid upsetting drivers and make them go into emo mode because they were not able to go flat out. It’s a gravel effing rally! It’s night! Do the thing with your pace notes, and if in doubt…

Seriously, what’s the point. Here we have three night stages. On gravel. Designed to present additional challenge for the crews. And that should be it! Did organisers only now realize dust might (!) hang in the air long enough to obstruct visibility? I am sure drivers were pretty upset with the idea of dusty night tests to begin with, but what the hell, pardon my Ogier. Adapt, play with tactics, be clever and show some balls or risk in qualifying…

I can already hear complaints after first loop on friday… “It’s so dusty! I had to slow down! This is horrible! Horrible!!!” Best thing organisers could do is to cancel the event due to dusty gravel OR use disgustingly large amount of water to pave the way for modern WRC. And if it’s about road conditions not being same for everyone – let me just take a deep breath – then what do you call corners covered in rocks and dirt after frontrunners did their cutting on tarmac rallies? To name just one example.

It’s OK, safety above all else and safely to the finish will make everyone happy. I’m taking bets on at least one driver complaining about the “water making road very slippery”. ;)