Carnage continues in Portugal, JML and Solberg are out 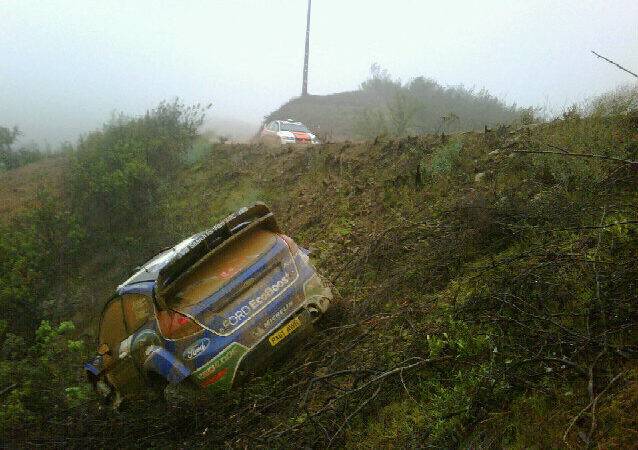 It all began with Dani Sordo retiring after first proper stage yesterday, followed by high profile mistake and crash by Sebastien Loeb, but carnage is far from over.

All the worries about the dust were wiped out today with heavy rain, fog and lots and lots of mud on track, making things extra difficult for drivers.

First stage of today saw first disaster with Jari-Matti Latvala making yet another of his costly mistakes and retiring from the lead of the rally. He crashed on fifth stage after sliding off the road and destroying the suspension after hitting a rock. Latvala’s demise promoted Petter Solberg into lead, but it was a short joy – stage number 6 brought an end to Solberg’s hopes of a win.

Ford duo exit means Mikko Hirvonen is now in overall lead of the 2012 Rally Portugal, ahead of Evgeny Novikov, who took all his focus and concentration and pushed like a madman on SS 7. Russian driver took second spot from Mads Ostberg, who struggled in the fog and also suffered a puncture.

“You would not believe how slow we’re driving. It’s so foggy and slippy, and all it takes is one mistake and it’s all over. I’m trying to keep the car on the road”, said Hirvonen.