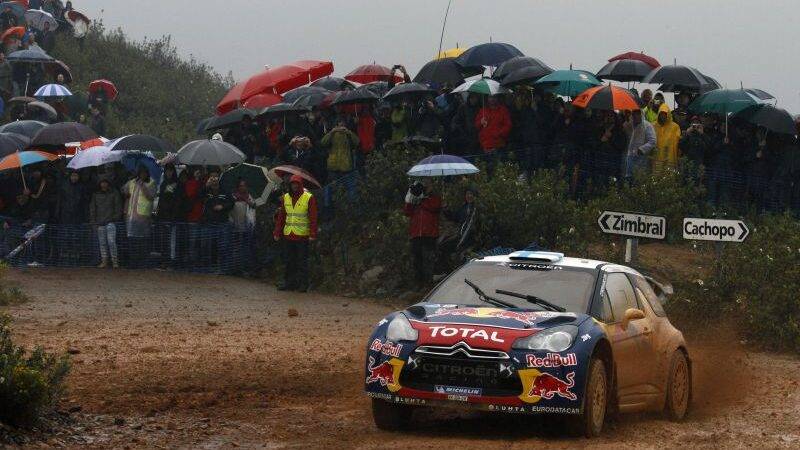 Mikko Hirvonen and Jarmo Lehtinen picked up where they left off yesterday to claim their first win with Citroën in Portugal. The Finnish driver’s exemplary performance helped him to take a 15th WRC win and move top of the Drivers’ World Championship standings, ahead of Sébastien Loeb.

Breaking tentatively through the dark clouds, sunshine greeted the first drivers out on the road at 6.55am. Once again, tyre choice dominated discussions during the service period. As the roads were still damp in many places, Mikko Hirvonen opted to fit his DS3 WRC with soft Michelin Latitude Cross tyres, and take two hard compound tyres with him as spares.

The day’s action featured two runs on a loop of three stages: Silves (21km), Santana da Serra (31km) and Sambro (5km), venue for the Power Stage at the end of the rally. The Finn, leader of the rally since SS6 on Friday morning, continued to produce the same level of consistency. Always slightly quicker than his closest challengers, the DS3 WRC no.2 driver just kept on increasing his lead. “This morning’s first two stages were wet pretty much everywhere, with some mud patches. The Sambro stage, however, was almost totally dry,” noted Jarmo Lehtinen on his return to the service park.

“We are getting closer, but there is still a long way to go,” sighed Mikko after SS19. “I don’t really need to push, everything is working well and I feel that I am in control of the situation. But of course, we have to make it to the end. I don’t know yet if I will push in the Power Stage. I don’t want to take any unnecessary risks but I don’t want to let an opportunity to pick up some extra points slip by either.”

With the dark clouds still looking threatening, Mikko set off on the second loop with four hard tyres and two softs as spares. And indeed, the rain returned, as showers fell on parts of SS21 and on the Power Stage (SS22). As some of the drivers had enjoyed more favourable weather conditions, the Citroën Total World Rally Team driver was unable to go for one of the top three places, opting instead to make sure of his overall win.

After Jesus Puras, Philippe Bugalski, Sébastien Loeb, Carlos Sainz, François Duval and Sébastien Ogier, Mikko Hirvonen therefore becomes the seventh driver to win a round of the WRC in a Citroën. “I am very proud of this result, and it’s just rewards for the work done by the team in the last few months,” said the Finn after having been cheered by a very enthusiastic crowd of ‘Red Army’ supporters. “This win means I now lead the Drivers’ Championship, but it also means that Citroën extends its lead in the Manufacturers’ standings. It was quite a strange rally, the way worked it out, because I haven’t had to push hard since Friday. We managed to control from the front pretty easily, and just kept increasing our lead.”

“We are thrilled that Mikko Hirvonen has grabbed his first win with Citroën,” added Frédéric Banzet, Citroën General Manager. “After Sébastien Loeb’s mistake, Mikko managed to pick up the gauntlet with verve. He drove in the same relaxed and composed manner which had impressed us when he was one of our rivals. We are pleased to see that he has made it onto the top of the podium already.”

* First win for Hirvonen with Citroën