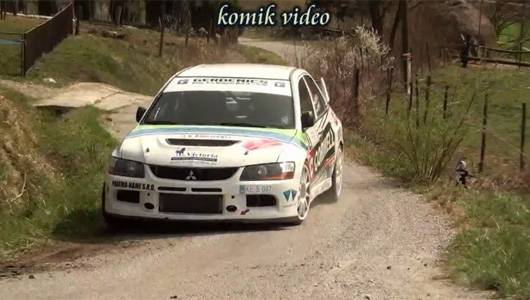 It’s all about enthusiasm and dedication of rally crews, teams, fans and officials, at least in Croatia. With country still deeply affected by the global recession and financial instabilities (not to mention local derivatives, but I digress) every motorsport event is very valuable.

It was never about the lack of passion or interest for motorsports in Croatia – fans are as excited about racing as ever, but sponsors and investors are hard to find. Despite all that, there are positives and we’re all clinging to those, hoping better times await us. Times spelled with 100 entries, top level machinery, huge media interest, etc.

New season of Croatian National Rally Championship and Croatian International Regional Championship began with 2nd edition of Rally Kumrovec sprint event, held last week in and around the historic town of Kumrovec in Northern Croatia. With 46 entries from Croatia and neighboring countries, and very short, but equally very demanding itinerary, Rally Kumrovec proved that even the smallest (or in this case, shortest) rallies can provide big fun.

Victory in Rally Kumrovec went to Hungarian crew with Croatian licence, Janos Szilagyi and Botond Csanyi in Mitsubishi Lancer, ahead of Niko Pulic and Sasa Bitterman in second and Juraj Šebalj co-driven by Toni Klinc in third place.

With videos from the event still being uploaded this is just a little something I found at this moment. Onboard footage from winning car of Szilagyi and Csanyi.