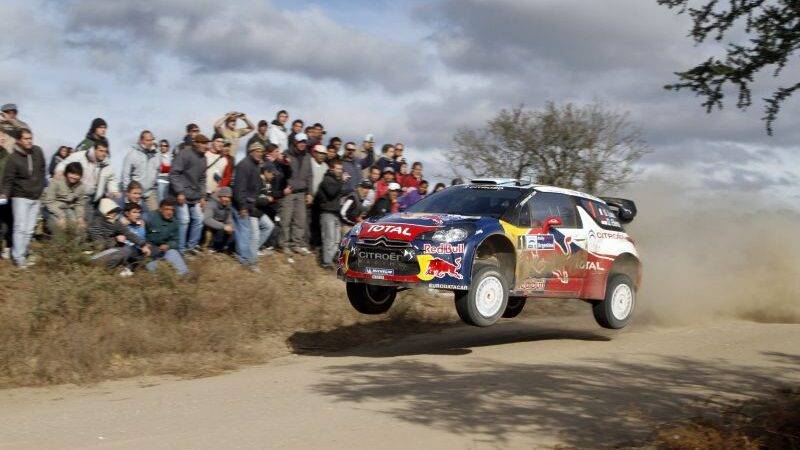 The fifth round in this year’s FIA World Championship, Rally Argentina is always a popular event on the calendar thanks to its stunning scenery and the great atmosphere served up by the country’s motorsport ‘aficionados’. The Citroën Total World Rally Team’s line-up features the crews that finished first and second here in 2011: Sébastien Loeb/Daniel Elena – who have also won the last six rallies in Argentina – and Mikko Hirvonen/Jarmo Lehtinen. With over 500km of timed sections, the South American event will test the staying power of drivers and teams alike! One thing is certain, Citroën Racing loves competing at Rally Argentina.

With seven wins at Villa Carlos Paz under its belt, the Citroën Total World Rally Team will very simply be looking to keep their amazing run going! Before the event gets underway, however, the drivers will be stopping off in Buenos Aires for the weekend. On Saturday 21 April, at 2pm local time, Sébastien Loeb, Mikko Hirvonen and Thierry Neuville will burn some rubber in their DS3 WRCs at a roadshow organised in front of the capital’s law school.

The crews will then head for the Córdoba region, where they will begin preparations for what promises to be a particularly demanding rally. Making full use of what is permitted by the regulations, the organisers have taken the total length of the timed stages past the 500km mark, compared with 350km for the majority of WRC events. The Matadero/Ambul special stage, a 65.74km-long run scheduled for Sunday morning at 8am, may provide the event’s toughest challenge and is certainly one of the longest stages seen in WRC for a long time!

“The ‘funniest’ thing, if I can put it like that, is that this stage has never been run before,” noted Daniel Elena. “The roads in Argentina vary from very flowing gravel to fairly rough gravel. You never know quite what to expect. What is certain, however, is that none of the drivers will be able to go flat out from start to finish. There’s a good chance gaps will appear and then disappear, but there may well only be a few seconds between the leaders at the finish. This stage won’t be the only decisive stage. There are also two runs on the 52km-long Ascochinga/Agua de Oro stage, the 39kmlong Intiyaco/Golpe de Agua stage, and so on”.

Sébastien Loeb is not intimidated by this daunting programme: “After the disappointment of Portugal, I am determined to get back to winning ways, especially at this rally, with its unrivalled atmosphere. Once again, choosing our starting positions for the first leg is going to be a real headache. In Portugal, we took a measured risk by opting to go first, because there were only 35km of special stages on the first day. In Argentina, there are over 200km of timed stages on the Friday! If it rains, we’ll need to be at the front to avoid having to wade through the mud. If it doesn’t, then we’d certainly be better off starting in around 15th position.”

Runner-up here in 2011, Mikko Hirvonen is also keen to put the last rally behind him: “We thought that we would see a real pecking order between the various competitors established in Portugal. The way the race worked out meant we didn’t get that and I think this rally is going to be very open again. In Portugal, we spent the most of the rally driving at a measured pace. The main thing was to stay on the road, as we had a good lead. I can’t wait to get back to real racing in Argentina. The rally has some very beautiful stages and I always enjoy competing here.”