Three questions to Mikko Hirvonen ahead of Rally Argentina 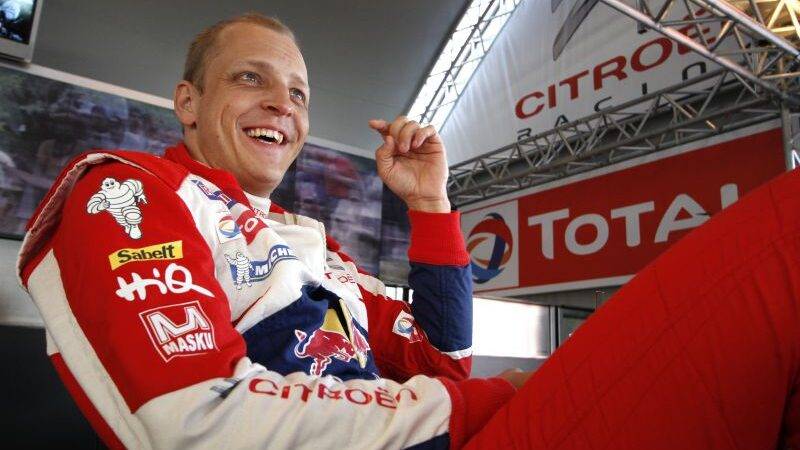 After bitter-sweet (or was it sweet ahead of bitter?) experience of winning and then losing Rally Portugal, Mikko Hirvonen is looking forward to another chance to familiarize himself with Citroën DS3 WRC on demanding Argentinian soil.

This year Rally Argentina is not your typical “flat out from the start” rally and with some very long stages and rough terrain combined with high altitudes and everchanging weather it could be Rally Portugal all over again, and with a twist. Mikko proved he can keep it on the road in Portugal and be slow and careful when needed, and no doubt he will try to put that knowledge to good use in South America.

Citroën asked him a few questions ahead of Rally Argentina.

Do you feel that your control over the Citroën DS3 WRC reached new heights at Rally Portugal?

“It was a very unusual rally. We found ourselves clear at the front quite quickly and the pace we then adopted was more about surviving than anything else. At the same time, our lead over the other guys just kept getting bigger! Jarmo joked that at that level of performance we’d be fit for the Finnish Championship… But we didn’t need show a real turn of speed, we just had to control the race to the end, which is what we did. Preliminary testing in Argentina has given me the chance to get back to driving at a pace more in keeping with the WRC.”

Citroën has achieved a lot of success in Argentina in the past. Are you pleased to be competing in this event with the “Reds”?

“I am pleased to compete in every rally with Citroën! It’s true that Argentina is a special rally, the atmosphere is incredible and some stages, such as Mina Clavero/Giulio Cesare, are like no other. I had my best ever result here last year, when I finished as runner-up. I hope I can do at least as well this year; in any event, I am determined to be in the mix with the top drivers. The rally will be all the more interesting for the fact this year’s format leans even more towards endurance.”

From Sweden to Mexico, and Mexico to Portugal: with Jarmo, you’ve been recording videos recounting your most unlikely of journeys from one rally to the next. Can we expect more of the same?

“Yes, you’ll be able to see my adventures between Portugal and Argentina in a few days! I had this idea and we decided to actually do it. So I carry my two enormous travel bags with me from one event to the next, and we have fun making these little films. It gives us a chance to show people who don’t have the opportunity to travel a little insight into the countries we go through. I am very involved in managing my website and I am an active user of Facebook and Twitter. I like these media because they allow me to communicate directly with my fans.”