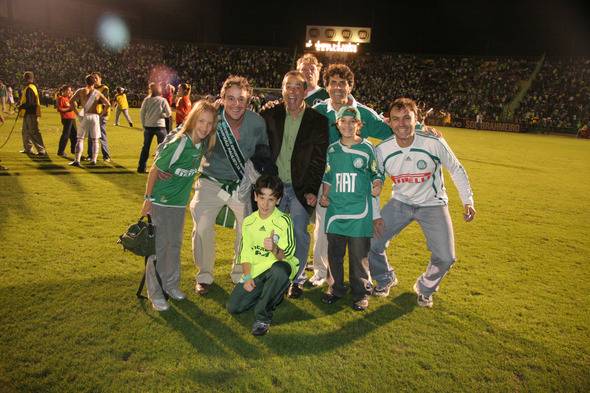 Unlike the usual official team previews of upcoming World Rally Championship events, WRC Team Mini Portugal decided to employ their driver and proven humorist Paulo Nobre to “host” the preview to the fifth round of the Championship.

So instead of reading about the team preparations and event characteristics through the so-worn-out phrases, we get to know about Rally Argentina and it’s challenges in a rather different format.

Take it away, Mr. Nobre.

Soccer, rally and the fantastic fans in Argentina

Introducing your host for the event…Mr. Paulo Nobre

‘Fala galera, it’s Paulo Nobre here, or “Palmeirinha”, as many people from Brazilian rallying, call me!

So in an exciting twist, I’m going to be your reporter during Rally Argentina, giving you some news from on and off the stages. I’ll be writing columns throughout the event to give you the chance to see the rally through my eyes. Follow me and the team for our fantastic journey on of one of the most challenging rallies of the season. I hope you’ll enjoy it!!

‘To be honest, it feels like a long time since the last time we really competed. Rally Portugal was terrible for Edu and me. We rolled our rally car on the Qualifying Stage and couldn’t start the event. It was a real shame, because we enjoyed the recce a lot and we know that the fans are amazing in Portugal. Everyone knows that for me the support of the public is always a big confidence boost.

‘After a short holiday in Lisbon, I came back to São Paulo, my home town and one of the biggest cities in the world with more than 11 million inhabitants. The traffic is crazy here and there are so many big buildings that we nicknamed it ‘Floresta de Pedra’ (the stone forest)! What do I love most about São Paulo? That’s easy – São Paulo is the hometown of Palmeiras, “my” football club. For me it’s more than just a club, it’s my religion, my way of life! That’s why I’m so proud to have Palmeiras with me on my MINI and my gear. It gives me a lot of confidence and believe me, that’s what I need most these days!

‘Like all drivers, I am a human being, and to be really honest, after accidents every day in Mexico and failing even to start Rally de Portugal, my mojo’s a bit dented heading into Argentina! This is a pity, because Argentina is one of the most difficult and challenging rallies of the season, with very tough special stages that even cut across country sometimes (a key difference between the Argentine and Brazilian stages). The event is also very well-organised and one of the rallies with the largest number of fans waiting for us on the stages as we come through!

‘I actually made my WRC debut here in 2006. It’s amazing to drive a rally in Argentina (even for a Brazilian!) There isn’t the same rivalry between Argentines and Brazilians in rallying as there is in soccer, so all the spectators here are always very welcoming and kind to us! I have many friends from Argentinian rallying and I respect them all, because they are very good at the sport! If Brazil is the country of soccer, for me Argentina is the country of rally!!!!

‘Unfortunately I haven’t had too much time to prepare for Rally Argentina, because I work full-time outside the rallies at home in Brazil and April is a very busy month business-wise here when we have to declare our income to the government for the previous year. But now I’m ready to focus totally on the event!

‘For every rally I pack my bag with just the essentials – I don’t like to bring much stuff on-event, only the stuff necessary to race (overalls, helmet etc), my Palmeirinha team clothing and of course a Palmeiras flag! It’s all settled now, myself, Edu, Pilli (my friend and cameraman) and Cirillo (another friend but this time a mechanic) are ready to take off for Villa Carlos Paz where we’ll join the team for another MINI adventure!